“It’s important that we remind ourselves of the devastating impact that disease outbreaks such as foot and mouth can have on animals and on people. We must always be on a state of alert to protect our livestock and agri-food industry.” 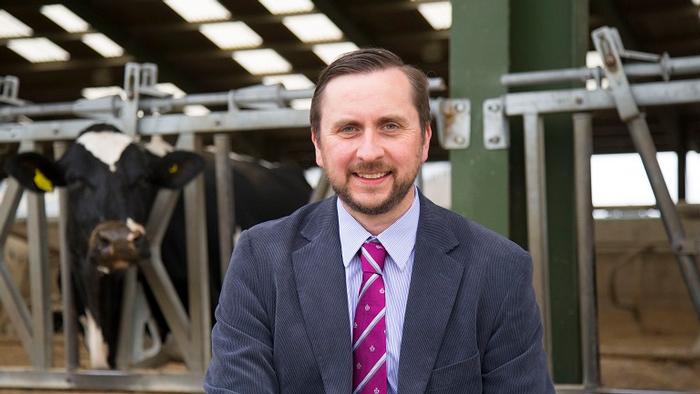 A leading academic from Harper Adams University has spoken on his experiences of foot and mouth disease in Northern Ireland during a dedicated Irish Government animal health event.

Dr Philip Robinson, Head of the Department of Animal Health, Behaviour and Welfare at the Shropshire-based University, was among the experts who shared their knowledge and experiences in the evening webinar.

Dr Robinson spoke about the foot and mouth disease epidemic in 2001, and his personal experiences of diagnosing it on Northern Irish farms and dealing with the subsequent slaughter of livestock.

He said: “People talk about ‘where were you when…?’ For me, foot and mouth is one of those very significant events in my life.

“What happened in 2001 will always be etched in my memory.”

As the emerging threat began to become clear, Dr Robinson recalled how he had been at a conference in Enniskillen on February 22, soon after the confirmation of foot and mouth on the mainland of Britain.

The conference ended abruptly, and he and other team members in the-then Department for Agriculture and Rural Development (DARD) began immediate preparations for the tracing and inspection of imported livestock and potential emergence of the disease on Northern Irish farms.

Just a few days later, the first suspected case was reported and then confirmed at a farm in County Armagh. However, it was the third confirmed case in Northern Ireland – in County Antrim – which led to a day which Dr Robinson described as one he would ‘never forget.’

He recalled being asked to look into the reported case early that morning. Making his way up the farm lane to examine the affected animals in a white suit he was the first vet from the Department to attend the farm.

He said: “Based on the clinical signs I was seeing in the cattle and sheep it did not take me long to come to the conclusion that this was, indeed, another case of foot and mouth disease.”

He relayed the news back to DARD headquarters in Belfast and work soon began to tackle the disease and cull the herd and flock – something which affected Dr Robinson deeply.

Unable to return to his family farm, he found alternate lodgings during the Northern Ireland outbreak, and he recalled how, at the close of this particular day, he found himself emotionally affected.

He said: “I remember sitting in a chair that night, and as I reflected on the events of the day, particularly the slaughter of the animals, I cried.”

Dr Robinson recalled the many images and feelings which mentions of foot and mouth now evoke in him, including the white suits vets wore, the sight of blistered animal mouths affected by the disease, the sound of pistol shots, and the smell of smoke from the pyres of animal carcasses.

He also recalled the teamwork which helped see his Department through the outbreak and the incredible logistical challenges it presented.

And – showing a picture of an EU veterinary team helping with a foot and mouth case in Asia, he warned: “The exotic disease threat is continual. We need to be prepared.

Dr Robinson was joined by other panellists from across Ireland speaking about Bluetongue, African Swine Fever, avian influenza, Covid-19 and antimicrobial resistance during the event

Speaking afterwards, he said: “I was very honoured to be asked to speak as part of this Irish Government animal health event.

“It’s important that we remind ourselves of the devastating impact that disease outbreaks such as foot and mouth can have on animals and on people. We must always be on a state of alert to protect our livestock and agri-food industry.”