Harper Adams lecturer recognised for his professional achievement by the RICS 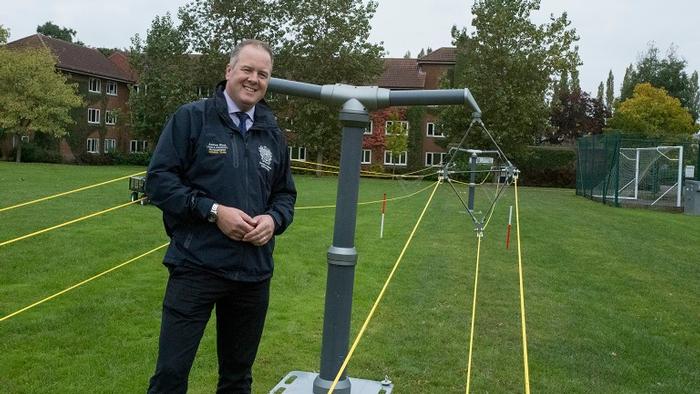 A Harper Adams lecturer’s commitment to both his industry links and academic work has been recognised after he was awarded a Fellowship, the highest level of membership by his professional body, the Royal Institution of Chartered Surveyors (RICS).

Andrew Black, who lectures across a number of land and property management degrees at both undergraduate and postgraduate level, said: “I am honoured to be awarded Fellowship status from an organisation I am so proud to be part of.

"I am grateful to everyone who has supported me throughout my career which has allowed me to achieve this internationally recognised level of membership.”

Andrew, who has nearly two decades of experience as a Chartered Surveyor, was awarded his Fellowship following a rigorous application process which considered his long service, his achievements in industry and his career in academia – including his work in increasing diversity and inclusion within the profession and expert level qualifications.

This combination of real-world experience and academic excellence was encapsulated in Andrew’s Grow Your Future project –designed to introduce people to the work of a rural chartered surveyor and to pique the interest of those who may not have previously considered such a role.

The site has proved hugely popular since its launch two years ago, and has many prestigious supporters across industry and beyond.

Andrew is also celebrating after being made a Senior Fellow of the Higher Education Academy (HEA) in recent weeks - recognising his passion for widening participation, academic leadership during the pandemic and his work promoting active learning and action research.