“I love to educate people about what we do – and like to help them understand where their food comes from, that it comes from a farm rather than a supermarket." 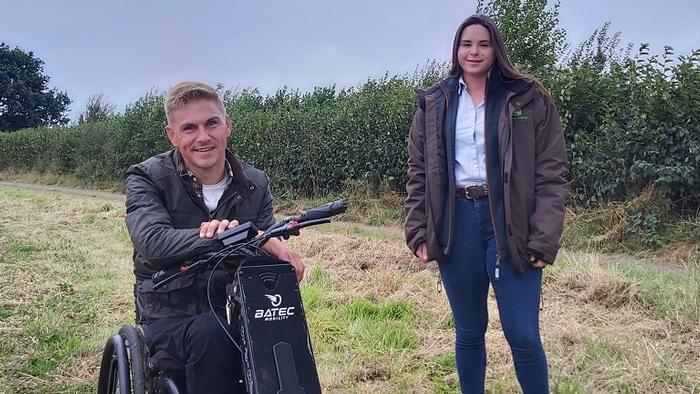 Presenter Steve Brown and Harper Adams student Eleanor Gilbert during a break in filming for this year’s BBC Countryfile Harvest special on the Hands Free Farm.

A love of British agriculture has seen a Harper Adams student taking the message about British farming to audiences across Britain – from primary school children to BBC Television correspondents.

Eleanor Gilbert, from near Newbury in Berkshire, is studying for a BSc (Hons) Agriculture with Crop Management degree at Harper Adams.

However, alongside her studies, Eleanor’s busy schedule has also seen her write a regular magazine column, visit Berkshire schools to talk about the importance of British farming – and meet television correspondents including Countryfile’s Steve Brown and BBC economics editor Faisal Islam among others.

So nice to meet @faisalislam his enthusiasm and interest in all things farming was infectious.
We really enjoyed having you at @RookeryFarms pic.twitter.com/0adO7Io9CH

Eleanor, 19, takes each appearance in her stride – seeing them as important steps towards promoting a greater understanding of British agriculture. She said: “I love to educate people about what we do – and like to help them understand where their food comes from, that it comes from a farm rather than a supermarket.

“I have been writing for Out and About, a local magazine, for some time. I think the opportunity originally came from my Twitter account – one of their journalists contacted me via Twitter and asked if I would like to promote farming, to show young people and local people about what it is all about.

“I now write about all kinds of things linked to farming and what I am doing - such as the time earlier this summer when I went to a primary school, which was great!”

Eleanor has also shared behind the scenes details about some of her television appearances – including when she was filmed by BBC Countryfile for this year’s Harvest special, which examined how farms may harvest in the future through a visit to Harper Adams’ Hands Free Farm.

Both the Hands Free Farm, and the wider University Farm which the Harper Adams estate boasts, helped draw Eleanor to the University when she first visited,

She added: “I came to Harper Adams for an Open Day and I thought the facilities were amazing. I did look at other universities, but I liked the fact we had a farm on the site.

“There’s always something new and you get to use so many different facilities – such as the Hands Free Farm!”

The Countryfile episode drew on Eleanor’s experiences on her family’s arable farm, where she regularly helps out when not studying at University. And while she’s no stranger to cameras, Eleanor admits she did find seeing herself on one of the BBC’s most-watched Sunday evening programmes was a new experience for her.

She added: “I didn’t believe it was really me – it was a bit surreal. Everyone was lovely about it – some friends came round to my house and we watched it together.

“It was fascinating filming it too – I was nervous at first but you realise it is OK for them to cut and try again, and then watching it back you can see all the editing!

“Everyone was really nice when we were working on the programme on the day.”

Eleanor is now working through her second-year studies, and preparing for her upcoming placement year – where she has some big plans.

She added: “In my placement year, I would like to travel round the world and see how different countries farm, maybe see those countries who need a little help developing their industry - and also some of the large-scale farming which happens in places like Canada and America.

“I really enjoyed my first year here. I was obviously nervous at first, but I have really enjoyed it and taken every opportunity I can get – I think I have already done pretty well at making the most of it!” 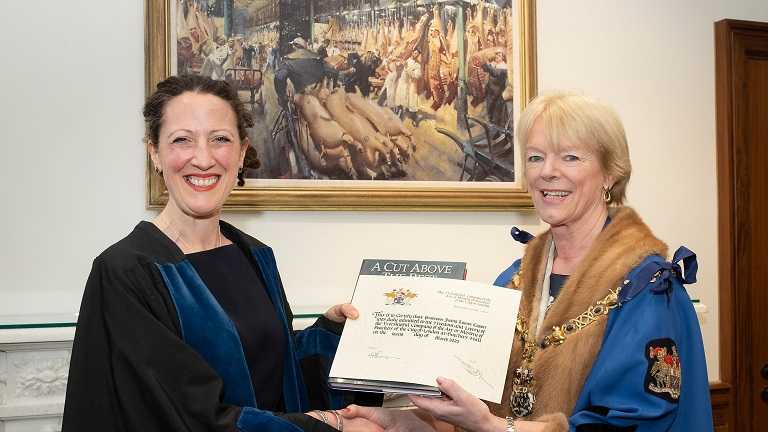