“Working with all the carnivores – the Tawny Lions, White Lions, Cheetah, White Tigers, Sumatran Tigers, Dholes and African Hunting Dogs - was mind blowing. It has been a dream ever since I was tiny. It blew my mind that I was able to get so close to something so incredible.” 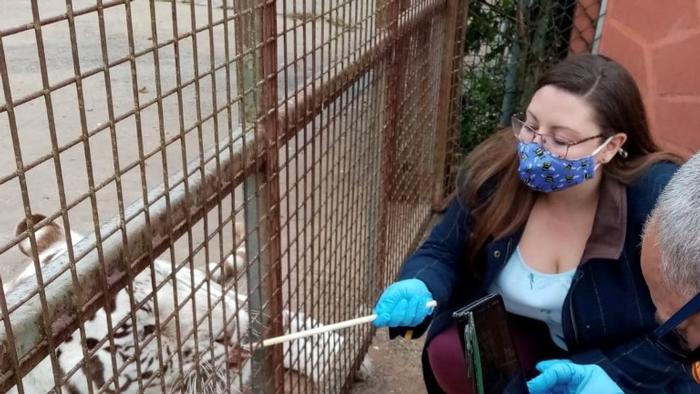 A childhood dream of working with carnivores at a safari park came true for one Harper Adams Applied Zoology student – after she was chosen for a placement year role as a seasonal keeper.

The job saw Lisa Berry, from Telford, working at the West Midland Safari Park, near Bewdley in Worcestershire, as a keeper on the carnivore team.

Lisa – who had hoped to work as a keeper from a very young age - had already undertaken a number of jobs with other teams at the park. So when she was looking for a role to fulfil as part of Harper Adams’ mandatory placement year, she finally found herself returning – and ultimately taking up her dream post.

She said: “A couple of months into placement, a job opportunity arose and I applied and managed to get the seasonal keeper position. The rest, as they say, is history!”

Lisa’s day to day duties including cleaning, feeding, providing medication and working to provide enrichment for the parks’ carnivores – meeting at the park’s giraffe yard every morning for a briefing about the day ahead.

She added: “I remember, in my first week, one of the full-time keepers, Rob, was talking me through the procedures for letting the white lions out when all of a sudden, he told me to turn around.

“I thought it was so that he could put his lock-out on – these are a four-digit coded lock that you use as a safety measure, coded with only a combination that you know, so that no one can accidentally let the cats out on you!

“However, stood behind me, leaning over the fence, was Strider - one of the park’s resident giraffes. And it hit me. It hit me just how lucky I was to be in the position that I was, and I couldn’t help but cry a little. Happy tears, of course - anyone who knows me, knows that isn’t a shock!”

As her placement progressed, Lisa began to build up a range of experience with the parks’ animals – and found herself lending a hand in some truly fascinating encounters.

She added: “During this time, I would be pulled from jobs to do other things such as helping with the meat delivery, target training the lion cubs to be hand vaccinated, target training the tigers to be hand vaccinated, weighing the cheetah, weighing the white lions, pressure washing, cleaning jeeps and weeding  - and I got to hold a lioness’ leg and paw whilst she was sedated so that she could have a medical implant fitted.

“It is a moment I will never forget.

“It has been a dream ever since I was tiny. It blew my mind that I was able to get so close to something so incredible.”

While undertaking a range of unique experiences during her placement, and working very closely with some of her favourite creatures, Lisa remains extremely respectful of each.

She added: “When working with any carnivore, naturally you have to be very careful- irrespective of how friendly they seem.

“Scrap, one of the old white tigers at the Park, was hand-reared and he would always, without fail, come up to you asking for attention. But you have to remember that these cats aren’t domestic - and you smell like meat from the morning rounds!

“You have to make sure your lockout is on whatever hatch you’re dealing with, to make sure no one can lift it accidentally.”

After completing her thrilling placement year, Lisa has returned to finish the final year of her BSc (Hons) Applied Zoology course at Harper Adams - which she describes as a ‘perfect’ choice for her degree.

She added: “After studying Animal Science, I decided I wanted to study the BSc (Hons) Applied Zoology course and Harper was the perfect university for me to do that with.

“It’s a small campus and everyone knows everyone. Even the lecturers who don’t teach you, know who you are!” 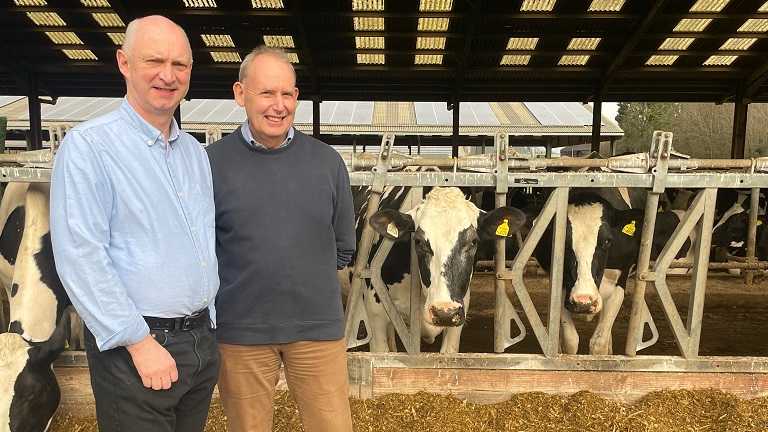