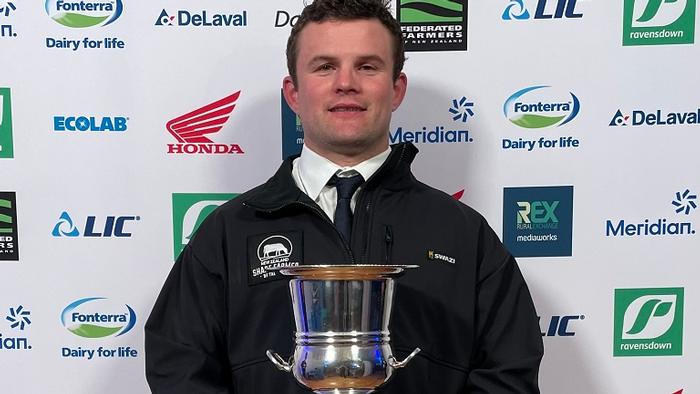 A Harper Adams alumnus whose placement studies while at the University sparked a love of New Zealand has been named winner of the 2022 Canterbury/North Otago Dairy Industry Awards.

Will Green was named Share Farmer of the Year for his region in the recent awards – picking up $10,000 in prizes plus three merit awards. He is now hoping to build on his regional success at the national New Zealand Dairy Industry Awards next month.

Will, who studied BSc (Hons) Agriculture at Harper Adams between 2007 and 2011, has fond memories of his time at the University – and credits his industrial placement year for setting him on his award-winning path.

Looking back at his time at Harper, he said: “I made some great friends for life, had a great social experience and developed not only the farming knowledge from my studies, but also a great understanding of how to learn and how to process and analysis data.

“Placement was my first time in New Zealand, and from that fantastic experience I knew I just had to come back to develop my farming skills - and to take advantage of the clear progression pathway the New Zealand dairy industry has in place.”

Will is a 34% share milker on the 270ha Dairy Holdings Ltd Hinds property, milking 1060 cows, and is working towards his goal of farm ownership.

The award is the second time Will has won regionally – after he picked up the 2018 Canterbury/North Otago Dairy Manager of the Year and also secured the National Runner-Up title.

Speaking after this year’s awards were announced, he added: “It’s a great honour to be named Canterbury and North Otago share farmer of the year. I hope to do the region proud when competing at the national competition in early May!”