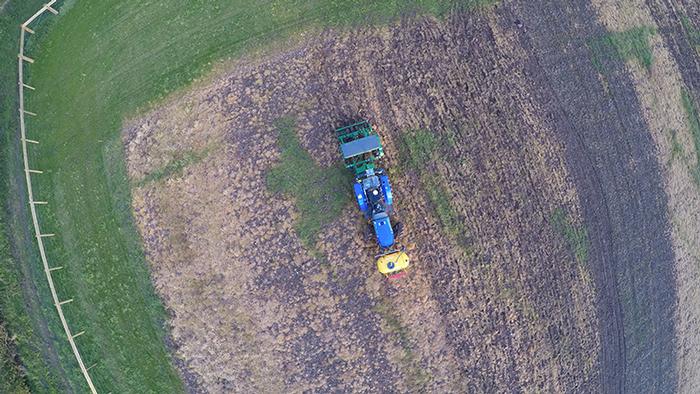 A wealth of research from Harper Adams academics on precision agriculture is to be presented at a major international conference in Minneapolis this week.

The International Conference on Precision Agriculture will run from June 26-29 – with three Harper Adams academics set to attend in person and two more virtually.

Among those attending is Harper Adams Elizabeth Creak Chair of Agri-Economics, Professor James Lowenberg-DeBoer, who is currently President of the International Society of Precision Agriculture, which organises the Minneapolis conference.

Professor Lowenberg-DeBoer said: “The International Conference on Precision Agriculture attracts participants from around the world.  It has been held every two years since 1992 - except for 2020, when it was cancelled because of the pandemic.

“This year’s event will be a hybrid event – taking place both virtually and in-person. I will be attending in person, along with two representatives from Harper Adams University’s Hands Free Farm - Principal Investigator and Senior Lecturer, Kit Franklin, and Senior Ag Tech Engineer, Mike Gutteridge.”

Half of the papers in the Robotics session of the conference are being presented by Harper Adams academics.

These papers will be:

A further paper, Determining the Marginal Value of Extra Precision in Precision Grazing Systems – an Ex Ante Analysis of Impacts on System Productivity, Sustainability and Economics – will be presented by Elizabeth Creak Chair in Agri-Tech Economic Modelling, Professor Karl Behrendt.

Professor Lowenberg-DeBoer added: “I’d also like to thank the Elizabeth Creak Charitable Foundation for their support of our internationally-recognised work, with two Professors supported by the Foundation presenting this year.”

The first author on the Economics of Field Size for Autonomous Crop Machines paper, Harper PhD student AKM Abdullah Al Amin, will also receive the ISPA Outstanding Graduate Student Award at the conference, which he will be attending virtually.