"“To feed a growing world with a shrinking workforce in agriculture, automation of systems has helped, autonomy is the next logical step.” 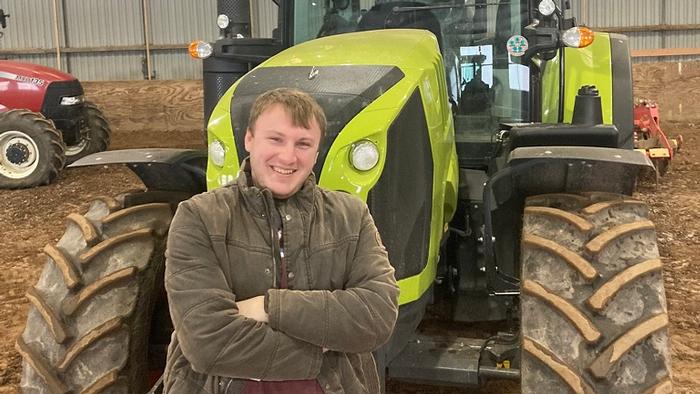 An Engineering student is set to test an innovative crop system design for an autonomous combine harvester as part of his Masters Research Project.

Frederick Davies, an MEng Agricultural Engineering student, has been developing a dynamic control system for the autonomous Combine Harvester on the University’s Hands Free Farm, aimed at maintaining the optimal crop flow into the machine.

He said: “The project is looking at developing the system to control the forward speed on the Hands Free Farm autonomous combine harvester whilst harvesting crop. The control system will reduce forward speed in heavier, uneven or lodged crops - and then return to higher speeds for standing crops.”

Frederick has been working on the theory for his design over the past few months – simulating the control system virtually before then hoping to test it on the 35-hectare Hands Free Farm in early July.

The farm is the successor of the award-winning Hands Free Hectare, which started in 2016 with the aim to be the first in the world to grow, tend and harvest a crop without operators in the driving seats or agronomists on the ground.

The three-year-long project is run in partnership between Harper Adams and Precision Decisions, along with the UK division of Australian precision agriculture specialist, Farmscan AG.

Frederick, a fourth-generation dairy farmer’s son from Chester, Cheshire, moved to Harper Adams after college, discovering a specialised interest in how robots and agriculture can intersect.

He added: “I have a passion for autonomous agriculture and really envision a future where we will see autonomous tractors, harvesters, and so on working within agriculture.

“Autonomous agricultural vehicles are in the early stages of commercialisation and further developing these autonomous systems to make them more efficient will help increase the overall current low adoption rate as the tech develops.

“To feed a growing world with a shrinking workforce in agriculture, automation of systems has helped, autonomy is the next logical step.”

Having been drawn to Harper Adams by the industry experience students gain through their placement year, Frederick found the innovation underway in agri-robotics at the University sparked his imagination – and inspired his research. He was also the recipient of the David Lawson Scholarship in the 2020/21 academic year.

He added: “I wanted to open doors to more opportunities, and while I wasn't sure when I started at Harper what specifically I wanted to do in agricultural engineering, I have developed a keen interest in autonomous agriculture and agri-robotics during my time here.

“I chose Harper Adams because I had previously completed a year out in industry as part of my studies at college - and knew that I was looking for a course where I could do the same again as I knew how much I learnt through being in industry.

“Coming from an agricultural background I liked that it was an agricultural university versus the city-based universities I had looked at - Harper Adams was, as far as I could see, the best place for me to do a degree in Agricultural Engineering.” 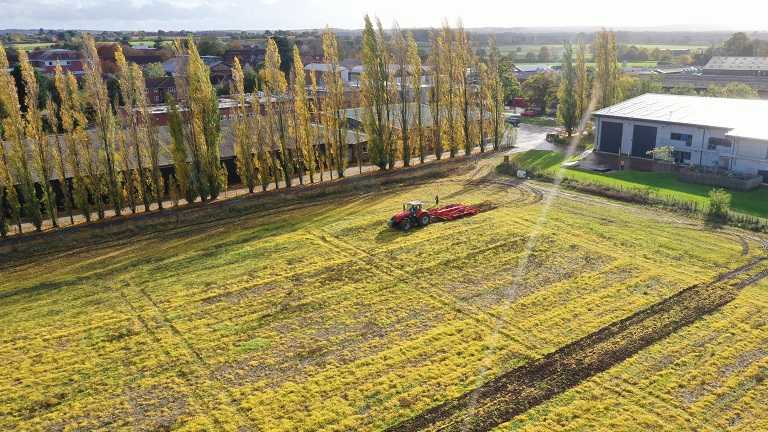