“Educating people helps encourage people to come into the industry. I think it’s a really good time for women to be getting into farming. Me doing my social media I think shows others that if I can do it, they can also do it!” 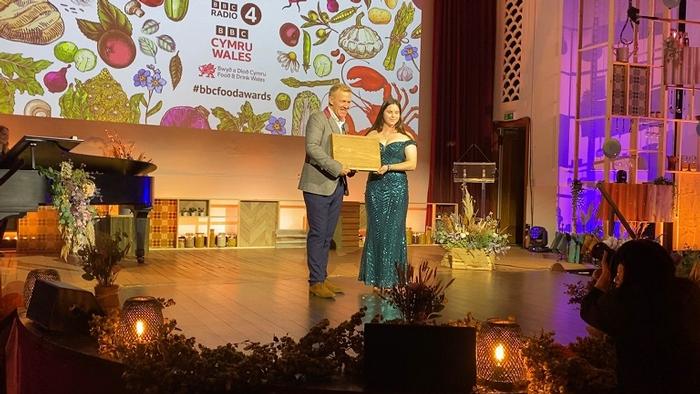 Eleanor, from near Newbury in Berkshire, is studying for a BSc (Hons) Agriculture with Crop Management and is currently on her industry placement year.

She also makes regular school visits, has a column in a local magazine and has made a series of TV and radio appearances – including a previous Countryfile episode filmed at Harper Adams during the 2021 Hands Free Farm harvest.

With this work catching the public’s attention, Eleanor found herself nominated – and then shortlisted – for a Young Countryside Champion Award - which aims to celebrate young people aged between 16 and 24 who are making a difference to food and farming.

She said: “I got through to the top three and then last Thursday we travelled down to Cardiff to go to the awards. I definitely didn’t think I was going to win as there was strong competition from other finalists.

“Then suddenly Countryfile presenter Adam Henson came out on stage and announced I had won!

“It was such a shock – once they had announced the award, I was taken off with a crew to film for Countryfile backstage while they announced the other awards.”

The full details of the award – and why Eleanor was chosen as this year’s winner – were announced publicly on Sunday night’s episode of Countryfile, which you can watch again on iPlayer here.

During the programme, Eleanor was profiled – and told viewers: “Educating people helps encourage people to come into the industry. I think it’s a really good time for women to be getting into farming. Me doing my social media I think shows others that if I can do it, they can also do it!”

In a post-award interview, Adam asked Eleanor why she was so passionate about promoting British farming. She told him: “We have amazing standards here in the UK. From meat to crops to everything, knowing its source locally is really important to me and showing where it comes from.”

Adam said: “A worthy Countryfile Young Countryside Champion for 2022, and brilliant to see someone so young getting out and spreading a positive message about British farming far and wide. Hopefully, our three finalists will inspire other young people to get out and do more in the British - countryside - and perhaps next year’s winner is watching right now!”

Very humbled to have won the BBC Food & Farming Countryfile Young Countryside Champion Award this is for all young farmers who work tirelessly to provide food for the British people.

Speaking after her win was announced on television last night, Eleanor added: “It was really great to win the award it was a fantastic opportunity to show what young farmers do to take care of the countryside and to feed Great Britain.

“I would like to thank the BBC and Countryfile team for taking an interest in my farming career.

“Thank you, too, to my lecturers from Harper for their support through my studies - particularly Sue Walsh, Debbie Harrison, Terry Pickthall and Graham Higginson.” 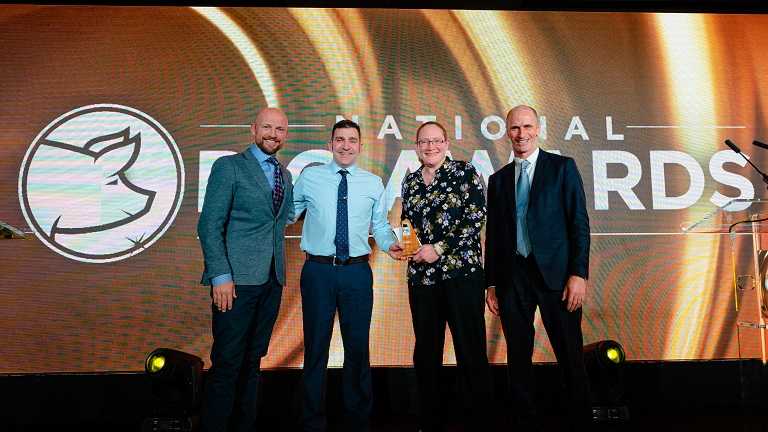 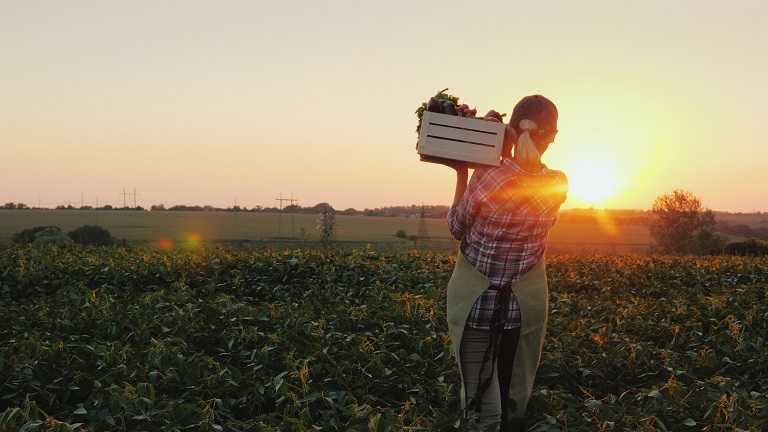