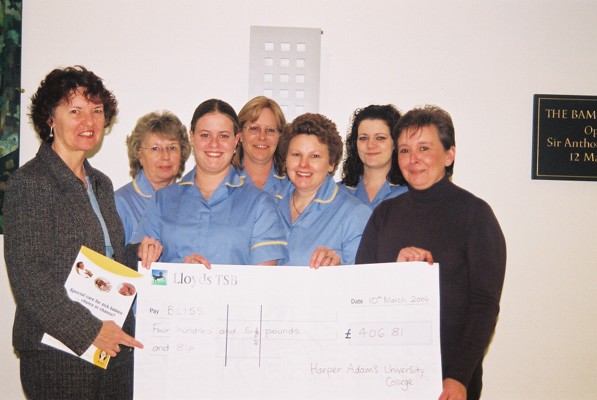 GENEROUS staff at Harper Adams University College have raised more than £400 for a national charity.

Members of the domestic services department collected £406 for BLISS – the premature baby charity.

Money was raised for the charity, which was chosen after a number a babies were born in the department, through a coffee morning held at the Newport campus.

Leslie Whittaker, Bliss’s Regional Co-ordinator West Midlands, added: "Bliss appreciates the work done by places such as Harper Adams and we are grateful for the generous donation."