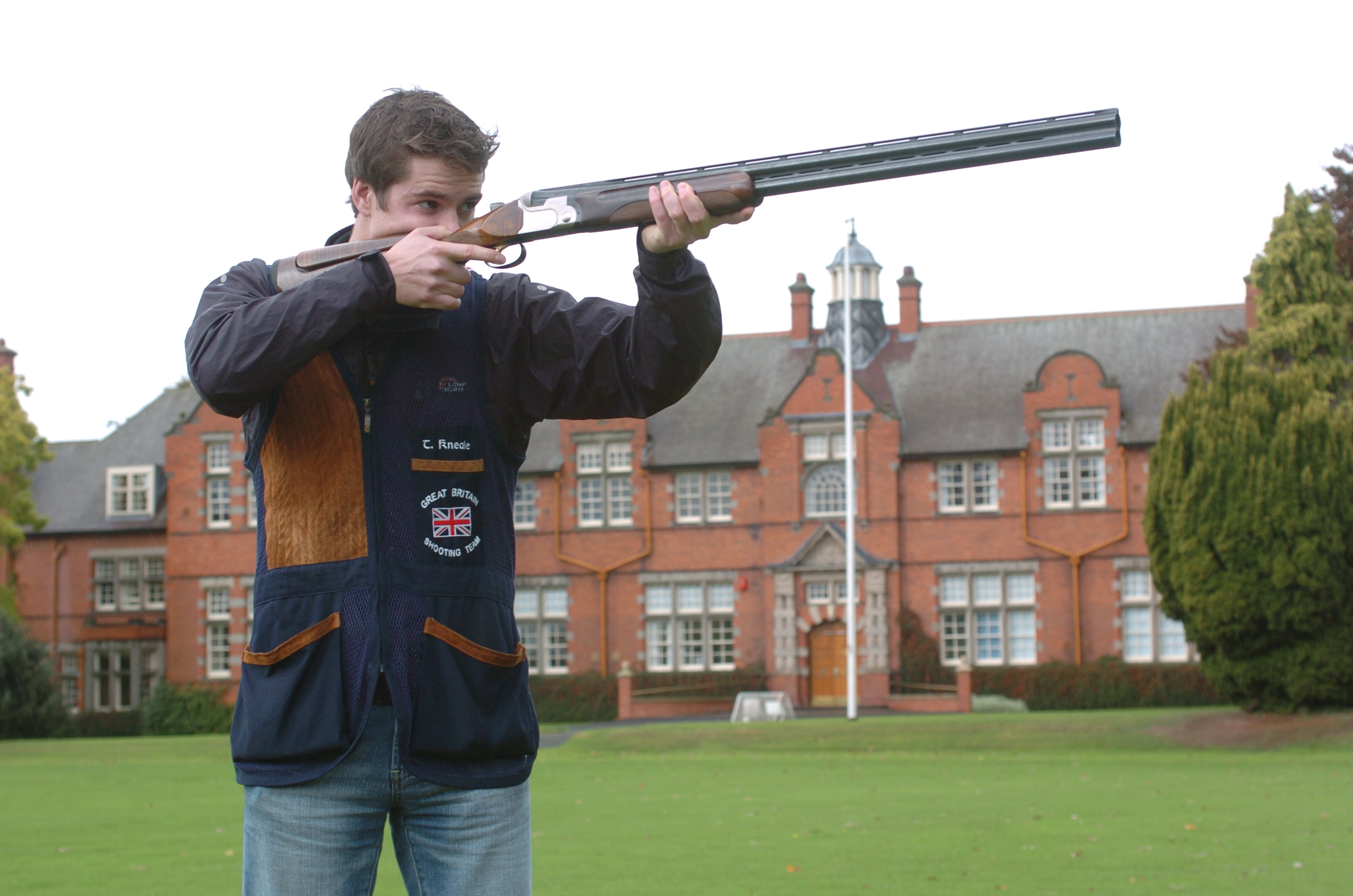 A FINAL year student from Harper Adams University College is celebrating after competing in the Commonwealth Games – for the first time.

Twenty-three-year-old Tim Kneale, from the Isle of Man, enjoyed shooting success when he finished fifth in the pairs shooting event in Melbourne last month.

Tim, a countryside and environmental management student, then followed the achievement up with 11th place in the individual competition.

Commenting on the challenge, Tim said: “I was thrilled with the final result and really committed myself to the competition.

“Throughout the whole process of training and then going to the games, as well as continually representing Great Britain, Harper Adams has been very supportive.”

The event was closely followed by the World Championships, which was held in China at the start of April.

During the championships, which was one of four held each year, Tim’s performance increased his world ranking position from 61st to 54th.

“I was really pleased with my performance in China and that it resulted in my world ranking improving.

“I want to say a big thank you to my coach, Martin Barker from Nuthampstead shooting ground, for all his hard work and dedication to help me get this far as well as his continual encouragement.”

Tim learnt how to shoot on his family farm on the when he was 12 and has dedicated himself to be a world-class clay pigeon shooter. He has represented Harper Adams and enabled them to regularly hold the status of men’s champions in the BUSA university leagues.

His training schedule before the games included shooting between 200 and 250 clays a week.

He first represented the Isle of Man when he was 16 and more recently represented Great Britain when the team took gold in the 2004 Cyprus Grand Prix.