Harper Adams' students have been cooking it up. 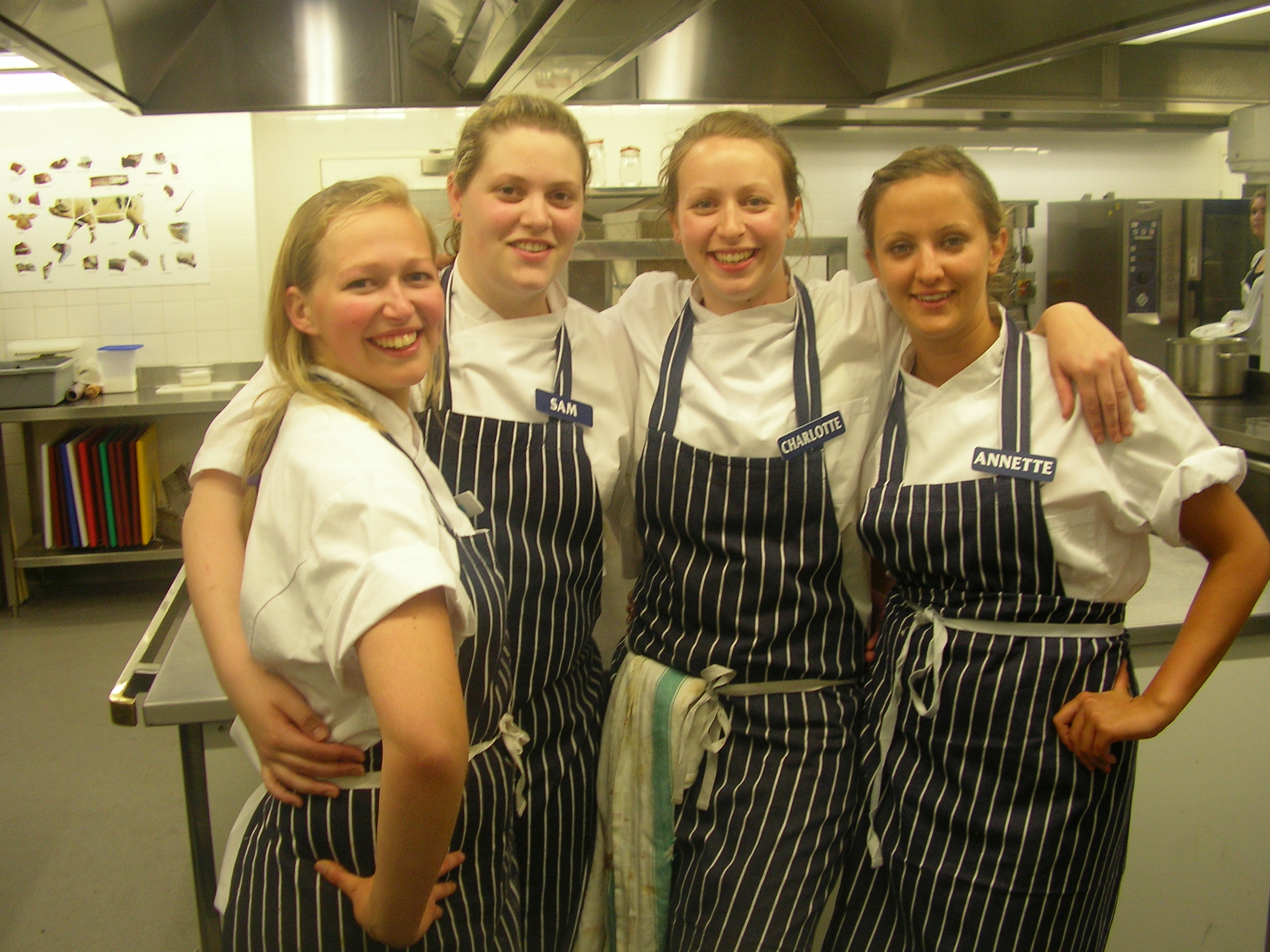 FOUR fearless students from Harper Adams University College have been cooking it up with one of TV’s most notorious chefs.

The team of fourth-year students faced their final degree hurdles – before heading off to meet the infamous Gordon Ramsay and film part of the second season of the F Word.

The girls, who all met at the Shropshire-based university college, lined up to experience the white heat of Ramsay’s presence, which will be shown on the Channel 4 programme in August as part of the nine week long series.

And on August 9th the TV screens will be filled with the girls, Sarah Hinchliffe, Charlotte Favill, Annette Hunt and Samantha Coward, attempting to complete their feat.

Viewers will be able to see Sarah, Charlotte, Annette and Samantha, all daughters of farmers, cook up a mouth-watering feast - starting with cooked crab rolled in iceberg lettuce on a bed of mango salsa.

The appetizing starter was followed by a fillet of beef topped with creamy mushrooms accompanied by sautéed potatoes, which was complemented with a chocolate fondant desert.

Speaking on behalf of the group, Sarah Hinchliffe said: “We were thrilled to be selected to cook on the programme and to pick up tips from a top British chef.

“We were so shocked when we heard we had got down to one of the final nine groups and had beaten 1050 teams who entered the show to gain a place.

“Part of the show was filmed at my family farm in Yorkshire, which was quite an experience to have a camera crew in my kitchen.

“We then went down to London to film the show with Gordon and his crew; we had a fantastic time and the whole experience was amazing. As we are all farmers’ daughters, we are really keen to promote British produce and how local food can be used to make a perfect meal.

“We all have an interest in the production of food and how it is used within certain dishes so we learnt a lot from Gordon and the programme on how to cook up a sumptuous feast for the guests.”

The girls were rewarded for the quality of their meal by the number of customers who coughed up if they thought the food served was worth it. And the winners of the series were the team who most guests paid for the meal they had eaten.

A spokesperson for channel 4 said: “Ramsay’s weekly food magazine show is
big, bold and fast-paced, fuelled by the irrepressible energy and passion of its host.

“And this time round there’s even more jeopardy for the man who can’t resist a challenge when he is joined each week in the kitchen, not by his regular brigade of seasoned cooks, but members of the public and if they don’t cut the mustard it’s Ramsay’s reputation that’s on the line.”