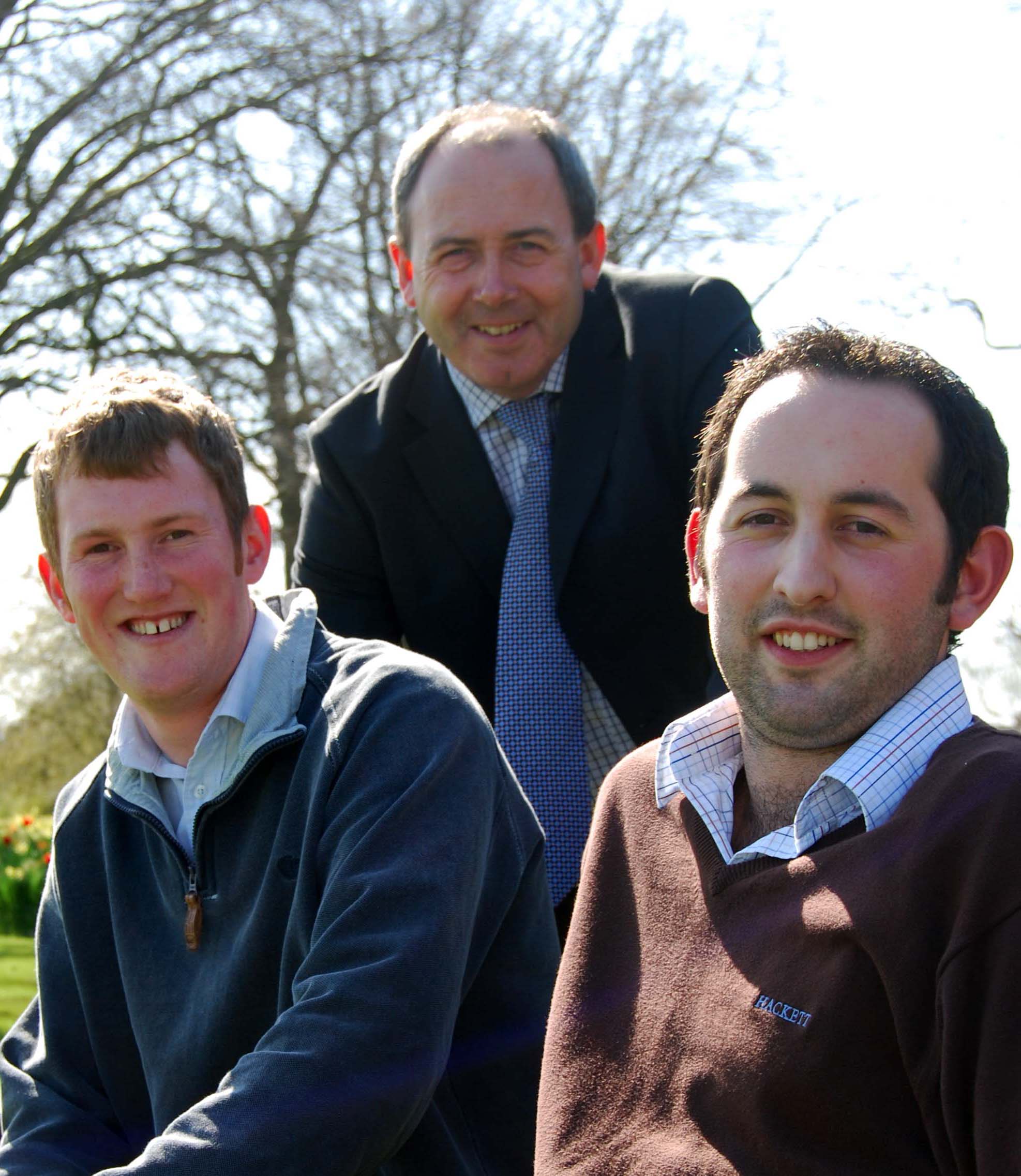 Two students from Harper Adams University College are celebrating success in the Pinnacle Awards for Excellence in Business Management.

Matthew Kingdon, 23, and Adam Brown, 21, both from Devon and both in the final year of honours degrees in Agriculture with Land and Farm Management, brought home the silver and bronze awards respectively after presenting their projects to a panel of industry judges at the Farmers Club in Whitehall Court, London.

Adam said: “It was a good day all round, but a long day with an interview in the morning and then all candidates giving a presentation in the afternoon with some tricky questions afterwards. The location was brilliant, with The Farmers Club is situated almost opposite the London Eye, which I could see from my bedroom window.”

Matthew said: "I 'm really happy and proud to have been chosen as the silver student because it was really tough and all the entries were of such a high standard. It involved a lot of hard work, but at the same time it was a great experience and it was a real privilege to visit the prestigious Farmers' Club".

Students are entered into the awards on the recommendation of their college or university, as having undertaken a project of high standard that is suitable for assessment in competition with entries from other students. Only two entries are permitted from each institution.

Matthew and Adam, who both attended The King’s School in Ottery St Mary’s, East Devon, were put forward by Tony Asson, associate lecturer in farm business management.
Mr Asson, who travelled to London with the students, said: "The chairman of the judging panel said when he announced the winners that it was the tightest run competition they had seen for 10 years. I'm pleased because it really was a close run thing, other judges said that too. And one of the other tutors said he was impressed by how competent and confident Matthew and Adam were. I think it bodes well for the future of farm business management."

University College Principal Professor Wynne Jones added: "I am delighted for Matt and Adam, their work was of the very highest standard and we are glad this has been recognised by this prestigious judging panel. It is fantastic news for the college and builds on the success of last year at these awards and shows the depth and strength of farm business management at Harper Adams."

For their projects, Adam and Matthew, along with fellow Harper students, investigated a farm in Shropshire, identifying diversification opportunities. Their extensive work involved market research, coming up with ideas and costing them. In London, they and the other six finalists were questioned individually for 25 minutes about their projects by a five-strong judging panel representing the sponsors and chaired by independent farm management expert Professor John Nix. Later they had to present their projects to their competitors and the assembled tutors, principals, family and friends in attendance.

Matthew, as the Silver Student, won £600 and Adam, the Bronze Student, received £400, and Harper Adams will receive matching sums of money.