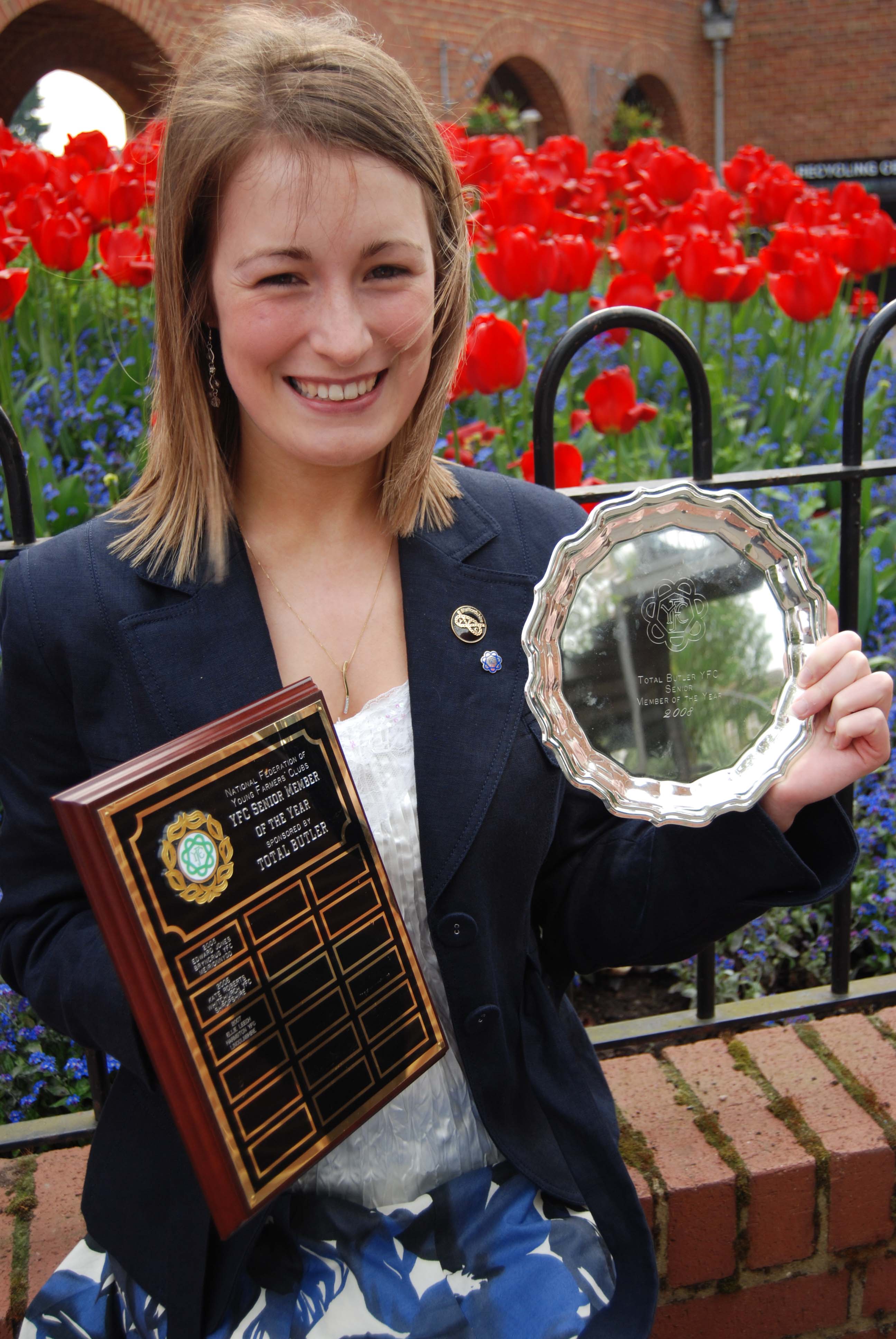 A final year student at Harper Adams University College scooped the title of Member of the Year at the National Federation of Young Farmer Club’s annual convention in Blackpool over the May bank holiday weekend.
Suzanne Lovatt, 21, from Biddulph Moor, Staffordshire, competed in the final of the competition after being nominated by her own club, Leek Young Farmers, and winning the Staffordshire county and West Midlands regional contests.
She was one of seven national finalists who had to profile their involvement in Young Farmers and were interviewed by a panel of judges at the national final.
Suzanne, who has been a member of the Leek club for six years, was delighted when she was named the winner. “I was a bit emotional at first,” she says, “I could not believe it, it is such a great honour.”
Despite being in the final and most demanding year of her Harper Adams honours degree in Agri-Food Marketing with Business Studies, this year has also been Suzanne’s busiest as a Young Farmer, with her performing duties as the Leek YFC Leader, Social Secretary, Child Protection Officer and Leek Show Chairman.
She has worked in various roles over the last six years, taking on her first one, as treasurer, within a year of joining YFC.
Harper Adams University College Principal Professor Wynne Jones said: “We are all delighted with Suzanne’s success. She is an excellent example of the bright young talent in our sector and has a very promising future. She clearly puts in a lot of time to the YFC and her local community at large on top of a very heavy academic workload.”
Danusia Osiowy, features editor at the Farmers Guardian, which this year sponsored the Member of the Year contest for the first time, presented Suzanne with her shield, silver salver and medal.
She said: “One of the judges summed Suzanne up in one word – magic. Suzanne is independent and committed to the Young Farmers movement and they were really impressed with her knowledge and understanding of the industry. She’s a busy girl and a dedicated student. Winning the competition is a tribute to her and the influence of the Young Farmers movement.”
She added that the Farmers Guardian was looking forward to working with Suzanne over the next year, and monitoring how she progresses in her studies, career and YFC work.
As for the future, Suzanne has firm YFC and career ambitions. She will be working for the NFU after finishing her exams in June and in the longer term intends to set up her own food, farm or rural-based enterprise such as a farm shop.
Within the YFC she hopes to be County Social & Funding Committee Chairman next year and County Chairman in the future because “through sharing my knowledge, experience and wisdom from over the years, I can introduce other members to a wealth of new experiences and opportunities. County Chairman would be a fantastic opportunity and most rewarding of all.”
Suzanne adds: "I would definitely recommend YFC and stress that you do not have to be from a farming background to be involved. It offers many great opportunities to people aged 10 to 26 in rural areas. It helped me build confidence and without Young Farmers I don’t think I would have taken this route and come to study at Harper Adams. YFC really has made me the person I am today.”