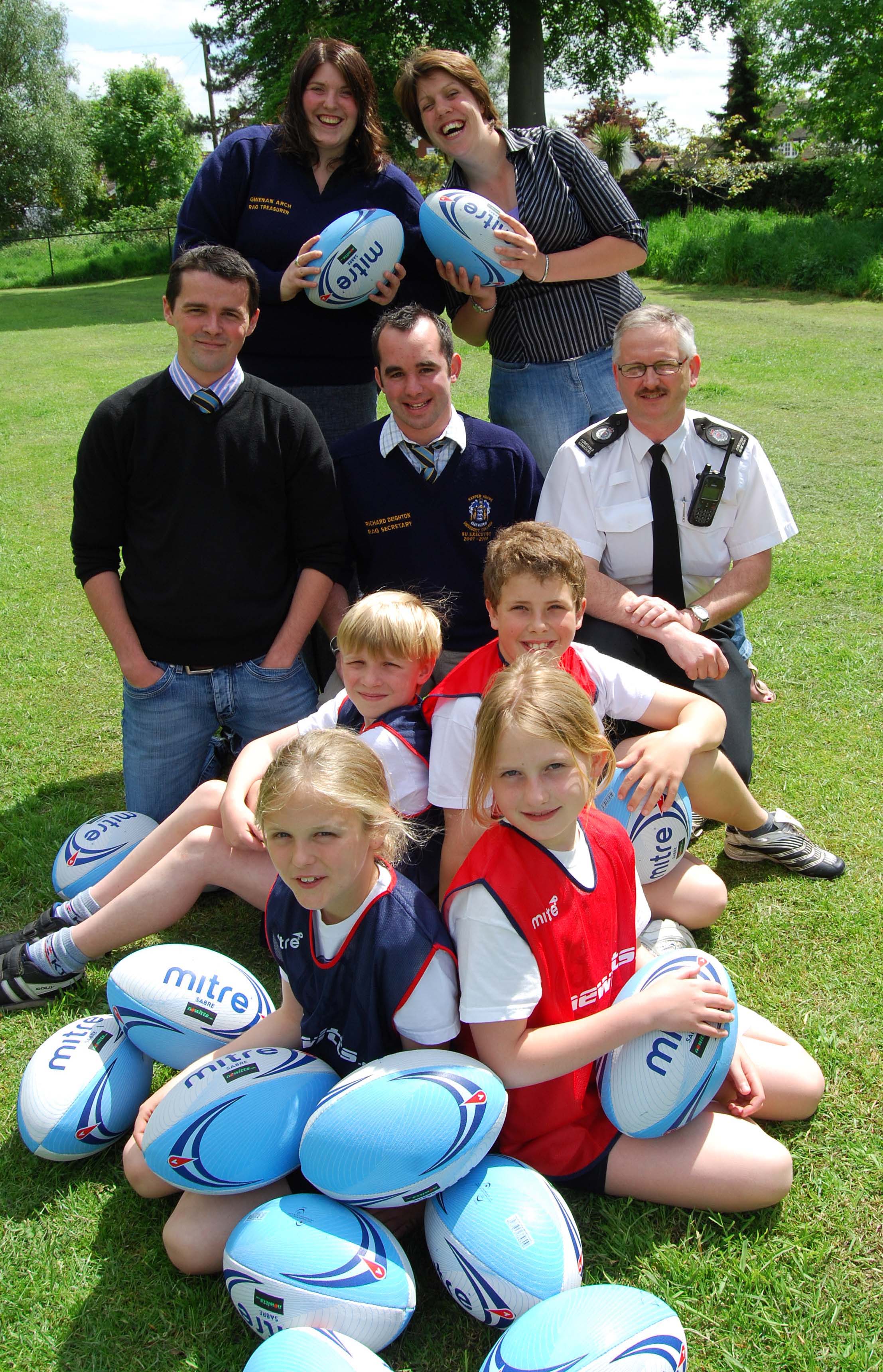 The RAG team raises funds throughout the year and distributes them to a range of causes. The latest donation will help Constable Dave Hancocks, local policing officer for the Newport rural area, and Constable Tim Vernon, his Newport town counterpart, deliver the “Tackling Safety” Initiative in local junior schools.

Constable Hancocks said: “The donation from Harper Adams paid for rugby balls, tags and bibs, which will help children in the Newport area not only have fun playing sport, but also receive important advice to prevent them becoming victims of crime. The students’ support is very much appreciated.”

Student Jonny Dymond said: "Over my year as the chairman of the Harper Adams RAG Committee we raised funds for both national and local causes, and I just hope that the pupils have as much fun with the tag rugby gear as we have had raising the money to give it to them”

At rugby sessions and festivals, the children are given advice about a range of issues including: how to stay safe when walking to school or a friend’s house, how they can keep themselves safe if they are travelling by bus or train, how to keep their belongings safe, keeping safe if they are home alone or out playing with friends and mobile phone safety.

The Newport cluster competition, involving children currently in Year Five, will be held at Longford Hall, thanks to PE teacher Tom Green from Adams Grammar.

Cluster winners will then compete to represent Telford & Wrekin at the West Mercia force final in October, with the force area winner going forward to the national final at Twickenham.