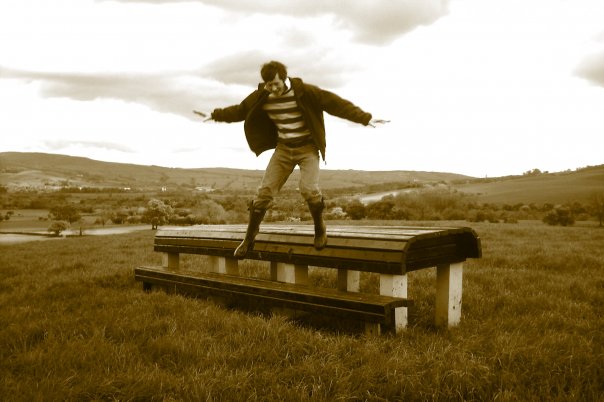 Twenty-one year-old student Paul White certainly isn’t afraid to take on responsibility – which is just as well considering he’ll be in charge of a top UK equestrian event this August.

In addition to his honours degree course at Harper Adams University College, which has seen him spend the past year on work placement at United Utilities’ Bowland Estate Office, Paul is a parish councillor for the village of Laneshaw bridge, on the Yorkshire and Lancashire border, the village’s events committee chairman, and is refurbishing a cottage, having taken his first step on the property ladder.

And now Paul, who is studying Rural Enterprise and Land Management and has been working as an assistant land agent, has been listed as a British Eventing organiser. He will be at the helm, alongside two others, for Skipton Horse Trials on August 30 and 31.

The trials, held twice a year, attract about 550 competitors, frequently including big names such as Ollie Townend and Karen Dixon.
Paul said: I’ve been involved in Skipton Horse Trials since a young age and have held many roles including, most recently, assistant organiser, so I’m going into the job with an idea of what I am doing.

“ I am really looking forward to the event although there is always thought of getting it right as there is so much riding on it. It’s not about me, it’s about the riders enjoying themselves.”

Skipton Horse Trials is an extremely popular One Day Event, held in the Craven area of Yorkshire. The majority of its competitors are based between the Scottish Borders and Birmingham.

Paul has lived in Laneshaw Bridge all his life, with the exception of his time at Harper Adams, to which he will return in the autumn for the final year of his degree. He  added: “I shall be continuing the organisation of the Horse Trials on my return to Harper. There is such a good support team at the Horse Trials and so we are really lucky in that respect.”

Educated at Laneshaw Bridge Primary School, Park High School and Nelson and Colne College, he has ambitions to work in Land Agency, but in the long run would like to become more involved in outdoor event management.

He added: “Studying REALM at Harper has really stood me in good stead for organising this event and I am finding that a lot of what I have learned can be applied in some way to Horse Trials. Being the Students’ Union Treasurer has also helped a lot with the budgeting, even if it is horses and not students now! The college has been very supportive of my involvement and I am looking to do my dissertation on the Horse Trials”.