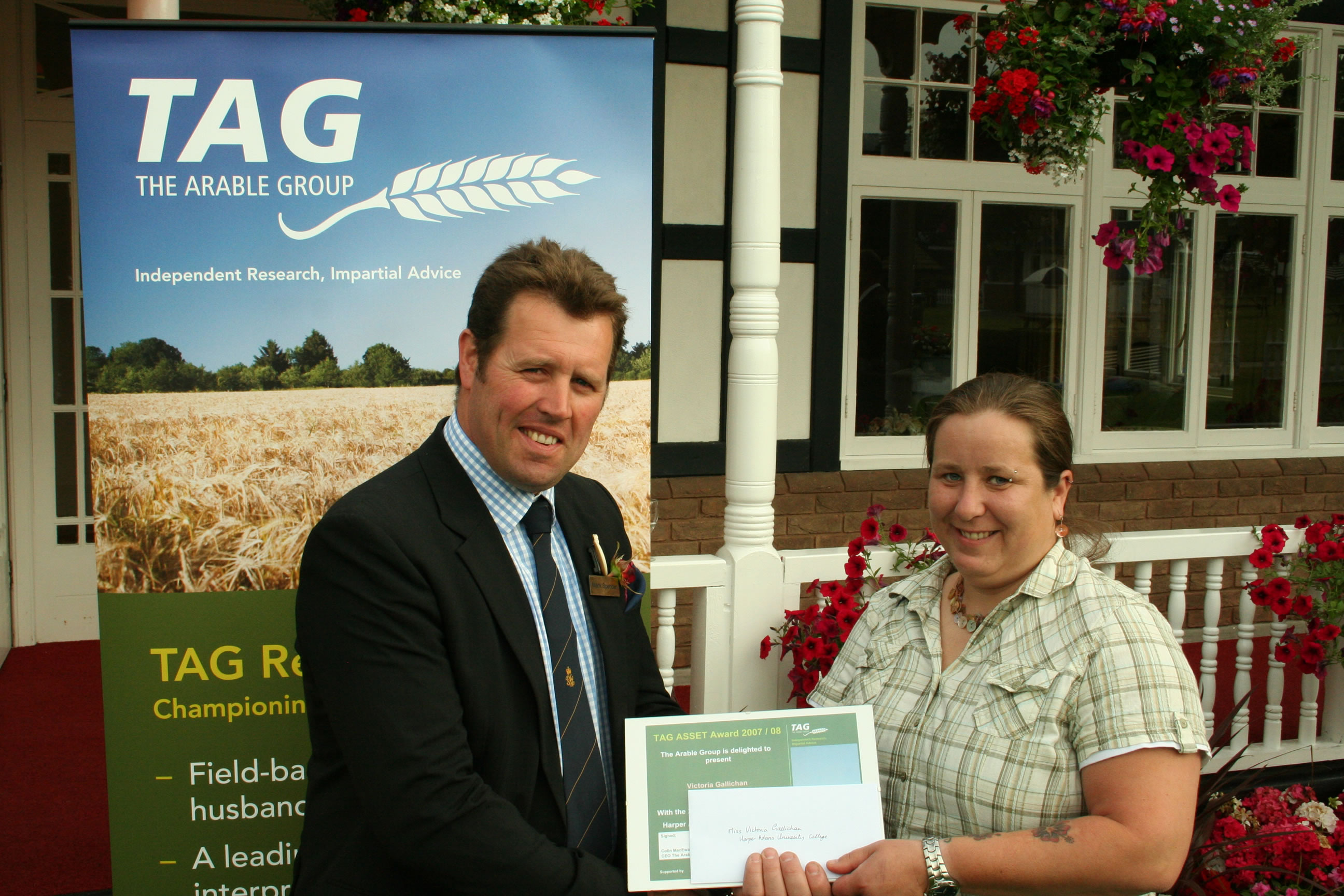 Telford student Vicki Gallichan is a finalist in an award scheme designed to bring fresh new talent into the country’s agricultural industry.

Vicki, 34, who studies at Harper Adams, is one of four students from the UK’s top agricultural universities to make it through to the final stage of the ASSET programme, run by The Arable Group – the country’s largest independent advisory group for arable farmers, also known as TAG.

The ASSET programme, which is in its inaugural year, will see Vicki and her three fellow finalists compete for an opportunity to land a job with TAG when they graduate next year.  Each of them also receives a scholarship to see them through their final year of university.

“As a mature student with little agricultural background and who only a couple of years ago knew very little about crops and the arable industry, making it through to the final has been a real boost of confidence,” said Vicki, speaking at the awards dinner held at the Royal Show.

“It’s a real incentive to get on and complete my degree, as well as a confirmation that my future intentions are realistic.”

The ASSET programme, which has assistance from sponsor Vaderstad and the Ernest Cook Trust, was launched in 2007.  “The aim was to find the cream of the students from each of the four universities – Reading, Newcastle, Nottingham and Harper Adams – and to try to retain them within the industry,” explained Colin MacEwan, TAG’s chief executive.

“Agriculture’s not always seen as a logical career option, even for those with an agricultural background; with ASSET we set out to demonstrate some of the exciting challenges faced by the industry and how there’s so much more to the arable industry than ‘farming’.

“New talent and fresh thinking was the inspiration for ASSET – and the four finalists have those attributes in bucketloads.  Needless to say, we’ll be following their progress closely over the next 12 months – I think the selectors will have their work cut out when it comes to making the final choice next year,” he said.

Vicki received her award from Honorary Show Director Mark Spenser, of the Royal Agricultural Society of England, at the Royal Show in Warwickshire last month.