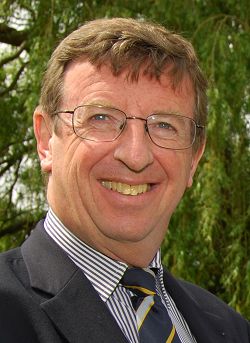 Prof Jones, who has been at the college for 21 years and has held the role of principal and chief executive since 1996, receives the honour “for services to local and national agricultural higher education”.

He said: “I'm proud to have received this honour, but while it is a personal recognition, I'd like to think that it reflects the success of the college as a whole, recognising the hard work of everyone here at Harper Adams over the past decade.

"The recognition for Higher Education as a whole is most welcome, as the sector works extremely hard to deliver high quality learning, research, and knowledge transfer to the wider common good.”

Prof Jones attended the University College of North Wales, Bangor where he graduated in Agriculture in 1970. Following a short period working for the Animal Breeding Research Organisation, he joined Reading University as a Research Assistant whilst also undertaking research for the Degree of Doctor of Philosophy which was awarded in 1976.