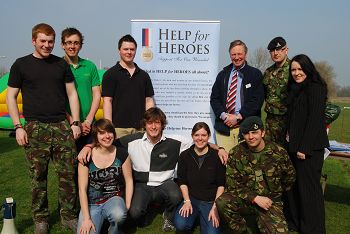 A team of multi-tasking Harper Adams University College students this week managed to combine a class project with fundraising, team-building and fun in the sun.

As part of their events management studies, the team organised and ran a Help for Heroes Adventure Day.

Members of the local TA brought along a giant inflatable assault course and a paintball range, and other attractions included welly wanging, tug of war, barbecue, a can bar and other games.

Teams of four battled against each other in the assault course relay race, with each team member working their way through the inflatable course, spinning on sticks, doing a tyre run and then crawling along a wet mat while TA soldiers bombarded them with water bombs.

Loads of students turned out to both take part and watch and the organising team was delighted with the outcome - with £200 already in and more bucket collection money to be counted. The money will be going to Help for Heroes, a national charity which supports injured members of the Armed Forces.

In a joint statement, the organising team said: “I think that everyone who came along to watch and take part had a great time, and the weather couldn't have been better!

"A big thank you goes out to the sponsors of the event, Bargain Booze for the drinks prizes, Newport Sports for the winners tops, and Adams House Hotel for the trophies.”

One of the team members, Holly Rumble, 21, from West Yorkshire, who is working towards a Tourism & Business Management degree, said: "Events like this are one of the reasons why I think my course and studying at Harper is so cool.

"It's not often you can say your degree consists of running around  outside in the sun and having a BBQ - a wicked end to the term!" 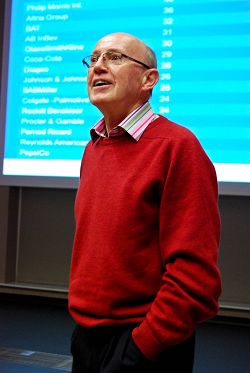 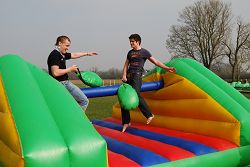 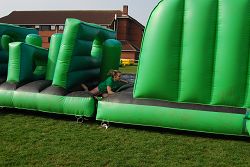