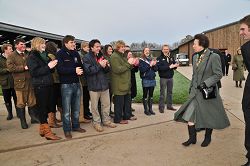 Harper Adams is delighted to have welcomed Honorary Fellow HRH, The Princess Royal to the University College Campus.

The Princess toured the new dairy unit, where she met Harper Adams farm staff and a group of students, before moving on to officially open the West Midlands Regional Food Academy.

The £2.5 million Advantage West Midlands-supported academy will provide a variety of services and activities in support of the food industry in the West Midlands - particularly for small and medium sized enterprises.

The Princess also attended a debate on food security, chaired by Sir Roy McNulty, which took place in the new academy's lecture theatre before an invited audience.

At the end of the debate, Her Royal Highness officially opened the new academy by unveiling a commemorative plaque – but not before she took the time to say a few words, wishing the University College well with this new venture.

Dr Llewellyn said: “I think it has been a tremendous day for the university college because not only did have we had the chance to bring food businesses, other supporters of the food industry and Harper Adams staff together, but also because the Princess Royal is tremendously supportive of the concept of the food academy, and she spoke very warmly of what it will be doing to help support the food industry and to tackle skills shortages in the sector."

Mr Early added: “The thing that came out most significantly was the question of how should we interest young people in jobs and careers in the food industry? That is a question that really needs to be addressed and it’s a matter of working with the education system so that food and the food industry become properly understood with secondary education and people then aspire to work in the sector.

“It’s absolutely fantastic to get somebody with such a high profile to come here and open the regional food academy. The Princess is so knowledgeable. She has such an insight into the problems of the British food industry and the problems of farming, so to hear her wisdom on food and farming was, to my mind, the highlight of the day.”

Please watch the video above for a visual account of the date. Note: Large video size. 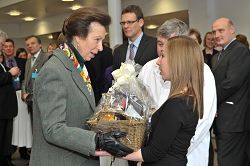 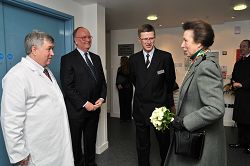