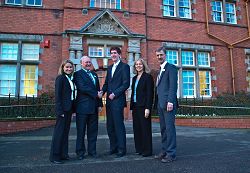 The CLAAS Group has announced that Harper Adams student Jonathan Bradbeer is the winner of its fourth Scholarship for Agricultural Engineering.

Jonathan Bradbeer originates from Stroud in Gloucestershire and is in his second year at Harper Adams University College (HAUC) where he is studying MEng (Hons) Agricultural Engineering.

In selecting Jonathan as its latest Scholar, CLAAS took into consideration not only his academic background, but also his character, skills and enthusiasm for agricultural engineering.

A company spokesman said: “As a family owned company, CLAAS sees the training and education of young engineers as essential to the lifeblood of the agricultural engineering industry as a whole. By the fact that the scholarship is specific to Harper Adams, CLAAS recognises the leading role that the College plays in British and European agricultural engineering education.”

The CLAAS Group currently has engineering centres in America, India, Hungary, Russia, France and Germany. In seeking to establish a more diverse international community of young engineers, Dr Claas has recognised the need to encourage a wider spread of international engineers, especially in the area of field-testing. But with engineering centres around the World, it is also important that the teams are able to communicate using a universal language such as English. 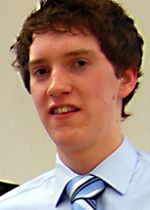