We worked on this project with Fera, Queens University Belfast, RAFT Solutions Ltd and other departments at Harper Adams University to conduct a review to assess the risk to livestock systems from mycotoxins. The overall aims of the review were to: determine the severity of the problem in the UK; highlight research gaps; formulate mitigation advice for farmers; and collate evidence for regulatory processes.

Mycotoxins are secondary metabolites produced by a range of moulds. They occur in the field during the growth of crops, for example on cereals and grass, as well as in storage on products such as animal feed and animal bedding straw. Mycotoxins at high concentrations can have a direct impact on animal health and welfare but such conditions are rarely seen in the UK.  However, at lower concentrations mycotoxins can impact on livestock performance for example, decreased litter weights and reduced feed conversion rates, all of which have a direct effect on farm profitability.

We conducted a 3-stage review to assess the risk to livestock systems from mycotoxins:

Stage 1: Reviewed the analytical testing methods for mycotoxins in animal products, feed, forage straw and live animals, and consider issues such as availability of tests (screening and confirmatory); their cost and reliability and availability of diagnostic tests for animals.

Stage 2: Reviewed the potential effects of mycotoxins for different species, indicators for chronic and acute exposure and the possible effects of interactions of multiple mycotoxins.

Stage 3: Reviewed prevention strategies, including the use of risk management practices to cover all possible exposure routes, and the use of commercial ‘mycotoxin binders’.  Evidence of how effective they are and possible pros and cons of their use were also be reviewed.

The review determined the severity of the mycotoxin problem in the UK, highlighted research gaps and collected evidence that can be used for regulatory purposes.  Recommendations and advice for farmers were also be developed.

The final review can be accessed on the AHDB website.

Funded by the Agriculture and Horticulture Development Board.

Acknowledgements: Many thanks to Anthony Millington for his work on this project.

This project forms part of the work carried out by the Centre for Evidence-Based Agriculture at Harper Adams University. 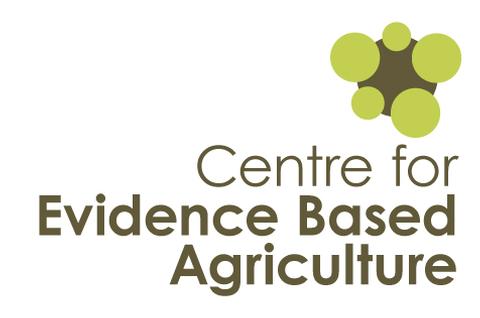 Agriculture and Horticulture Development Board