Innovation in crop protection and post-pesticide management systems including use of biopesticides is required for effective control of Cabbage stem flea beetle (CSFB, Psylliodes chrysocephala) in oilseed rape crops. This pest damages and may kill plants as a result of adults grazing on seedlings, while larvae mine within petioles and stems of surviving plants. CSFB has increased in importance following the wihdrawal of neonicotinoid seed treatments and emergence of populations with resistance to pyrethroid insecticides. Future control of this pest is likely to have to rely on a wider range of controls used within Integrated Pest Management programmes. This project addresses the need for novel approaches to effectively control CSFB by investigating the potential of biopesticides used singly or in combination with existing insecticide options. Biopesticides provide an attractive pest control option due to their minimal impact on the environment, specificity to the target pest and as a resistance management tool. Despite this, biopesticides as CSFB controls has received little attention and so a key outcome of this project will be effective communication of this research to farmers. The project will screen a range biopesticides, including entomopathogenic fungi, nematodes and bacteria, as well as plant extracts, for efficacy against CSFB adults and larvae. Potential benefits (reliability and improved efficacy) of simutaneous use of selected biopesticides and insecticides will also be investigated and evaluated for management of pyrethroid resistant CSFB populations. Finally, the project will investigate the temporal patterns in the susceptibility of CSFB to selected biopesticide and pyrethroid insecticides.

Cabbage stem flea beetle (Psylliodes chrysocephala) is a widespread pest in the UK. In the UK, adults migrate into emerging oilseed rape crops in late August or early September, initially feeding on the cotyledons and new leaves, before mating and laying eggs in cracks in the soil around young seedlings. Hatched larvae feed in mines within petioles and stems. Damage to autumn sown crops is caused by both adults and larvae and results in seedling death or stunting of survivors, and poor plant vigour, and can result in reduced plant density or complete crop failure (Nicholls & Ellis, 2016). Following the EU neonicotinoid moratorium on use of neonicotinoids on flowering crops such as oilseed rape beginning in autumn 2013 serious crop losses due to establishment failure have been reported, together with significant yield effects from larval feeding in surviving crops. Most serious losses have occurred in eastern and southern England (Alves et al., 2016). Defra-funded surveys of larval numbers in oilseed rape in autumn and spring have similarly shown that larval numbers have risen substantially in all regions since 2013. On 27 April 2018 the EU voted to ban outdoor use of the neonicotinoid active ingredients clothianidin, imidacloprid and thiamethoxam on all outdoor grown crops. Until 2013 control of adults was achieved by using insecticides, mainly neonicotinoid seed treatments typically containing either of the active ingredients clothianidin or thiamethoxam. These were often supplemented by pyrethroid sprays when the seed treatments had worn off if flea bettles were still active. Larval control, if applied was largely reliant on pyrethroids (Dewar et al; 2016). First records of kdr resistance to pyrethroids in CSFB were reported in northern Germany in 2008 (Heimbach and Müller, 2013). Both kdr resistance and an unknown form of metabolic resistance is currently present in UK populations of CSFB (Nicholls & Ellis, 2016). The risk posed was accentuated by withdrawal of neonicotinoid seed treatments, with anecdotal reports that this has led to use of multiple applications of pyrethroid sprays. Alternatives to pyrethroids for control of adults or larval stages of this pest, such as thiacloprid, pymetrozine, acetamiprid, and flonicamid, have not shown good efficacy in trials (Dewar and Walters, 2016) and future control of this pest is likely to have to rely on a wider range of control methods. This project responds to the need for novel approaches to CSFB control by investigating the potential of biopesticides, including entomopathogenic fungi, nematodes and bacteria as well as plant extracts used singly or in combination. The efficacy of these potential controls will be investigated against a background of commercial cost and application technology constraints, together with improved understanding of the temporal patterns of susceptibility to selected biopesticides and insecticide controls. 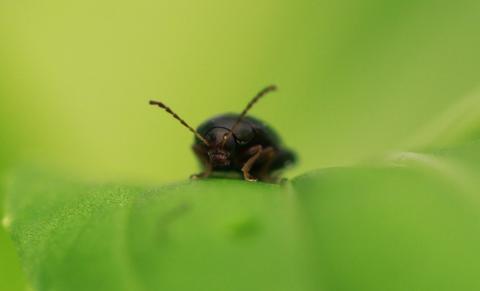