June 23 marked International Women in Engineering Day (INWED), celebrating diversity in the industry on a global scale. This year also marked the 100 year anniversary of the Women’s Engineering Society, who launched the day in 2014.

Harper Adams University offers a variety of courses in Engineering at undergraduate and postgraduate level, and has seen the birth of Stellar Harper Engineers, the brainchild of second year BEng (Hons) Mechanical Engineering student Anita Woolf.

On the society Anita said: “We want to be an open place and a networking platform, with an opportunity across the years doing Engineering at the University. We also carry out work in the community as well.

“The number of females involved with engineering is definitely growing. There’s much more awareness that the industry needs more women. If you start looking at engineering as a whole – we need to do more and be more inclusive.”

Anita admits that you need to be ready to get hands on and be at home with the camaraderie in a hard working environment which has been stereotypically male dominated, but there needs to be more women in the industry, which men need to be more aware of.

In the future, Anita hopes the group will continue to promote diversity and create a social platform for women in engineering – with outreach and positive promotion other goals of the group to convey their positive messages.

As part of this outreach work, Anita has worked with schools, and would love to have an impact on those young people she works with - to engage young women with engineering.

Anita concluded: “We had a stand at Field to Fork which was student led with the girls from Engineering. With the schools groups, they were all mixed boys and girls and working on one thing as a table. When you’re that age there’s an ease and natural way of wanting to get involved. It’d be great for people at an older age to have this attitude.”

Rescuing Harry the hedgehog With the launch of the Harper Adams Hedgehog Friendly Campus Scheme, staff and students are already coming together to help the animals arou … Read More → Posted Today 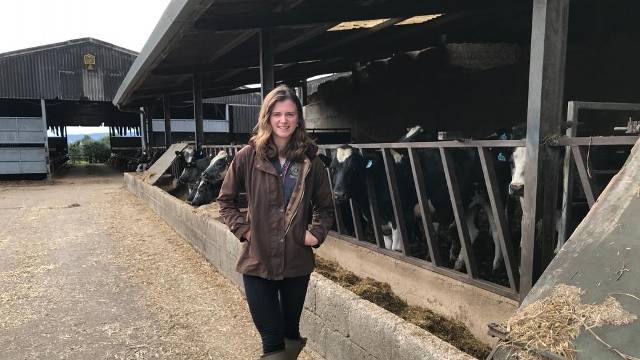