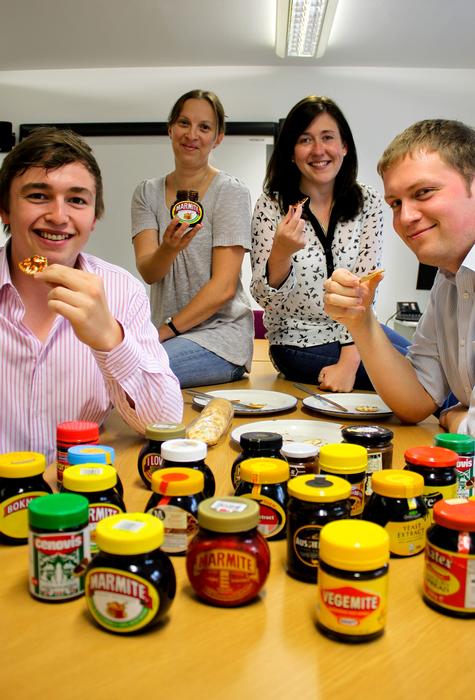 Initial research conducted at Harper Adams University has found that Marmite is a truly ‘iconic’ brand and that most people love the product.

A study has taken place during the last year to determine what proportion of the population likes or dislikes Marmite, whether it is seen as an ‘iconic’ brand, and if those people who indicated that they loved Marmite, whether they were able to tell the difference when compared to rival products.

The work was also carried out in countries that have native yeast extract spreads, including Australia, New Zealand and South Africa.

Research continues, but initial findings indicate that half of Brits surveyed love Marmite, a quarter hate it and the rest had no opinion either way.

Dr Frank Vriesekoop, Senior Lecturer in Food Science at Harper Adams, said: “The point of the research was to find out why Marmite, a waste product from the brewing industry, can induce such an emotive response in people, and whether brand or product is more important.

“Research still continues, as we look to investigate generic supermarket brands and how they are perceived in relation to the iconic Marmite.”

Of the people that indicated that their own national yeast spread was iconic, a higher proportion of Australians were able to correctly recognise and rank their own brand higher in a blind comparison sensory study. British people were not as good in recognising their own national brand when it came to the taste test.

Dr Vriesekoop added: “Once this study has been completed, we will start to look at the consistency of Marmite to determine whether consumers prefer a pasty or a runny consistency.

“We run these studies with no funding, and as such are relying on the goodwill of participants, staff and students.

“Sensory evaluation is one of the university’s strengths and this project is one of several that we are engaged with at the moment.”