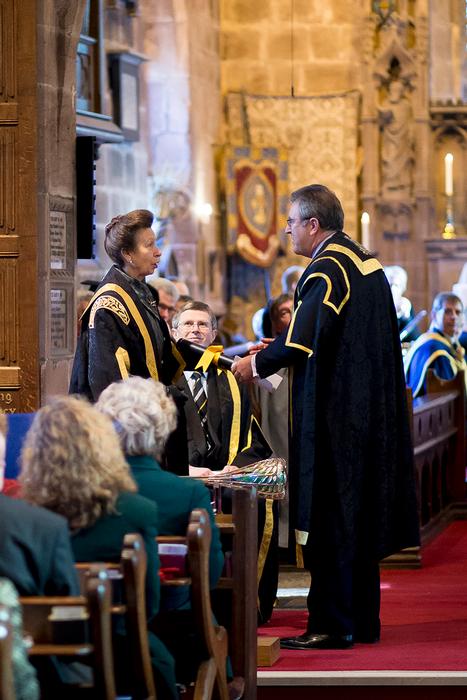 Her Royal Highness, The Princess Royal, has been installed as the first Chancellor of Harper Adams University.

The service of installation took place on Friday November 22, at St Peter’s Church, Edgmond, close to the university campus.

Addressing the congregation, the new Chancellor said she was honoured to accept the position, and highlighted the key role the university can play in tackling the global food crisis.

“I would like to say I am really honoured and delighted to have been appointed the first Chancellor of Harper Adams University. I’m very touched, because of the connections I have had over the last few years, that you should ask me to fulfil this new post. Many congratulations on the achievement of university status.

“Thomas Harper Adams knew what he wanted to achieve. There was a very strong foundation that has been thoroughly-well built on. This establishment has responded so well to challenges over the last 110 years. The safety of the food chain and rural involvement is quite a challenge in this day and age.

"This will be an exciting journey and I’m delighted to be asked to be a part of it. I know I'll have a lot to learn from Harper Adams, you’ll have very little to learn from me. Thank you very much indeed for appointing me as your first Chancellor. It is not before time that Harper Adams has become a university. I am sure it will fulfil its ambitions."

Presenting the Princess with a scroll of office, Roger Mercer, Chairman of the Harper Adams University Board of Governors, told the congregation: “There is a long-standing tradition of universities inviting an eminent person to become Chancellor.  I am sure you will all agree that Harper Adams University is most fortunate that Her Royal Highness has kindly agreed to take on this role.  Ma’am, your commitment to agriculture and rural matters is very well known and we are certain that your wise counsel as Chancellor will be of great service to the Harper Adams University community over the years to come.”

As Chancellor, Her Royal Highness is now the ceremonial figurehead of Harper Adams, which became a full university in December 2012, by permission of the Privy Council.

In his address, Vice-Chancellor Dr David Llewellyn explained that the foundations for the transition of Harper Adams from college to university were laid over several decades, and were the work of many people.  “I should, however, like to mention the critical role played by our former Principals, Dr Tony Harris and Professor Wynne Jones, who are with us today, and to pass on our thanks for their foresight and determination in helping make Harper Adams such a special institution.

“I should also like to thank all of our students, staff and governors for everything they do on behalf of the University. A full roll call would take too much time, but be assured that you could not have a more loyal and devoted university community, and I consider it a great honour to be able to represent them in the work that I do.”

Following the church service, which featured a series of readings by staff, students and governors, music performed by Sennet Brass and graduates of Birmingham Conservatoire, and prayers led by The Bishop of Lichfield and Prebendary Edward Ward, of St Peter’s Church, the Princess chatted to Harper Adams staff and students during a reception on the university campus.

Prior to her departure, Her Royal Highness received gifts from student Jessica Clift and grounds manager Mark Hall – who would go on to receive his British Empire Medal from Shropshire’s Lord Lieutenant, Algernon Heber-Percy, later the same day.

The new Chancellor was also introduced to silversmith Andrew Coomber and his apprentice Morven Browne, the team behind the new Harper Adams University Mace. 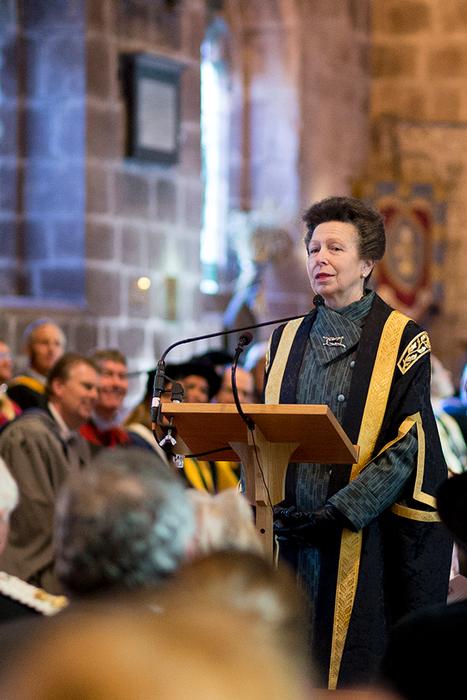 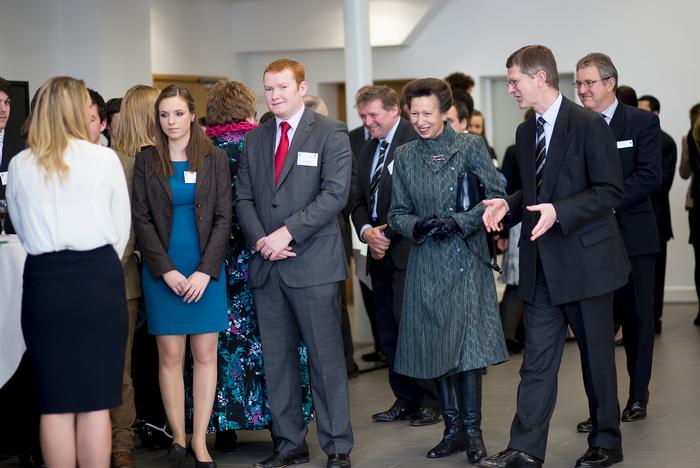