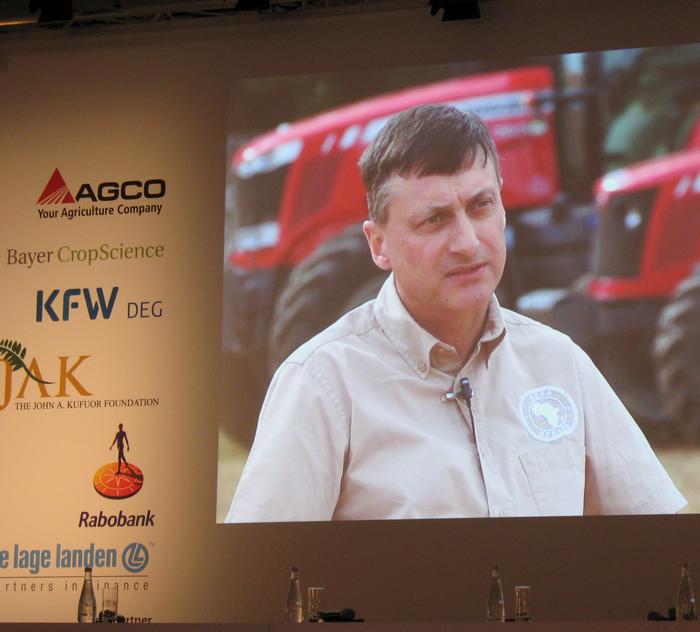 The third AGCO Africa Summit was held in Berlin in this week, and was attended by Harper Adams Principal Lecturer, Dr Keith Chaney and Vice-Chancellor, Dr David Llewellyn.

The summit, which took the theme of “Innovation in the Field”, aimed to explore, from an African perspective, agricultural development and business opportunities across the continent.  A number of key individuals were present, including former President of Ghana, John Kufuor, who has recently been appointed as a Climate Change Special Envoy for the UN, and Robert Sichinga, Minister for Agriculture and Livestock in Zambia.

The host for the event was Professor Martin Richenhagen, Chairman, President and CEO of AGCO, one of the world's leading agricultural machinery manufacturers, with a strong presence in Africa through its Massey Ferguson brand.

AGCO has recently launched a demonstration “Future Farm” initiative in Zambia, in which Harper Adams is a partner, alongside companies such as Bayer CropScience and UK-based Precision Decisions. The University will be undertaking research trials in controlled traffic farming on the farm, which is based near Lusaka, and is also discussing the provision of training and development support for local farmers. The summit provided an ideal opportunity to catch up with the AGCO team working in Africa as well as top AGCO executives such as Dr Rob Smith, Senior Vice-President and General Manager for the company's operations in Europe, Africa and the Middle East.

The summit covered topics as diverse as political instruments for technology and skills development, sustainable food production and processing and the role of women and youth in agriculture.  A number of panel discussions reflected the diverse views of a continent that contains 65% of the world's uncultivated land, has 25% of its land under cultivation but produces only 10% of the world's crops, and where population growth will present a major challenge in achieving food security.

Minister Sichinga noted, for example, that, currently, 84% of Zambia's population is under the age of 35, meaning that his government needed to find ways to invest in critical infrastructure, such as irrigation schemes and new roads, to create opportunities to improve food production and to develop intra-African nation trade in food products.

Key issues addressed in the summit were how to increase production through better farmer education and methods to attract capital investment into the sector.

Dr Keith Chaney, who is leading the University's work on the Zambia Future Farm project said: "There is a real demand for training at all levels from basic tractor driving skills to knowledge of precision farming in order to develop productive agricultural systems that will meet the future challenges of climate change and avoid soil degradation."

Dr Llewellyn added: "We are delighted to be working with AGCO on the Future Farm project and it was good to have the opportunity, at this event, to hear about agricultural developments in Africa from a range of national perspectives.  We look forward to getting our joint research and training programme in Zambia under way later in 2014". 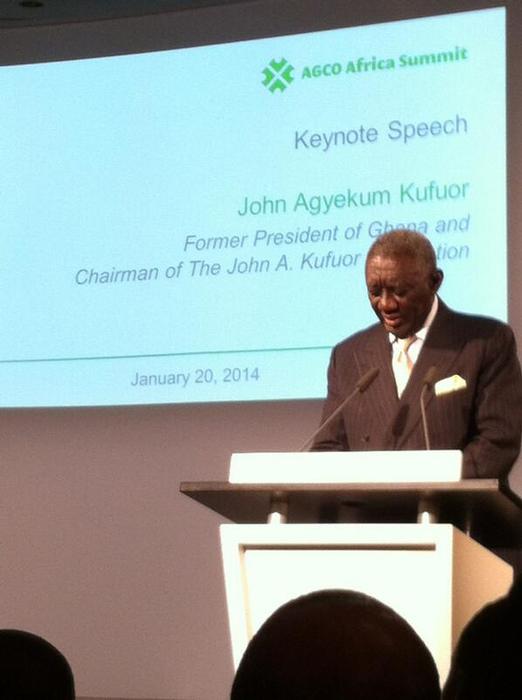