It’s all about working alongside environmentalists and farmers to find a sustainable solution. 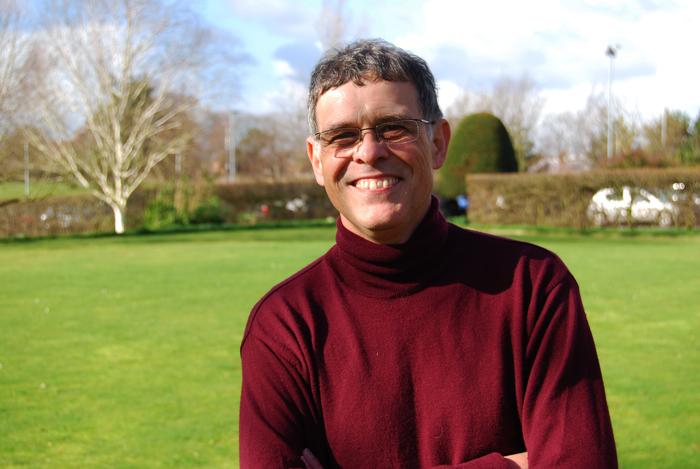 Harper Adams University has further strengthened its pest management expertise by welcoming a visiting professor with more than 25 years of experience.

Professor Keith Walters will initially lead research in two areas - the integrated pest management of thrips, and the environmental impact of neonicotinoids – a group of pesticides that have been linked to the decline in bee populations.

Professor Walters, whose career started when he read for a degree in Insect Ecology before completing a PhD investigating the flight behaviour of cereal aphids, will also be supervising student work, lecturing and conducting new research.

The European Commission recently introduced a restriction on three neonicotinoid pesticides, and a two-year suspension of their use as seed treatments on flowering crops began last December.

Professor Walters, said: “I have worked in research for more than 25 years, collaborating widely with experts in government policy and the application of research findings in commercial crop production, focusing on the sustainable use and non-target impacts of pesticides.

“My current work on the possible impacts of the neonicotinoids on bees builds on this experience.

“My interest was first excited when I led a consortium that, after six years, developed a unique integrated pest management system for thrips which are sometimes known as thunder flies. Part of this involved using a neonicotinoid pesticide to reduce numbers while leaving their natural enemies relatively untouched.

“The debate regarding impact on bees did not seem to fit well with the outcome of this work, which has now been successfully tested on the commercial scale, so I am investigating why this is.

“Much of the data that has been generated in this area is focused on only one of the neonicotinoids and there is evidence that it may not be transferable to other members of the group – so further data is needed to establish risk from these other insecticides.

“In addition, it is focused on honey bees with relatively little having been published on the other key pollinator species, and many studies have used much higher exposure rates than would be encountered in the field.

“We also need to ask ourselves what are the alternatives to neonicotinoids? Is it possible that these may have an even worse effect on bee populations?”

Professor Walters hopes that by conducting research at Harper Adams, he will be able to collaborate with academics from other departments across the campus to compile knowledge.

He added: “This is a debate that needs to be worked through to ensure that all stakeholder needs are addressed – whether it’s farmers, beekeepers or agronomists, for example.

“Key to this debate is protecting the environment we all rely on, including the beneficial organisms that are so important in crop production, and this must be achieved in a way that is compatible with the commercial constraints facing the agricultural industry.

“To do this, a wide range of specialists need to work together, and Harper Adams offers the opportunity to make significant progress.

“There needs to be a constant dialogue and early communication with all parties listening and considering each other’s evidence and interpretation of the data.

“It’s all about working alongside environmentalists and farmers to find a sustainable solution. Here at Harper Adams I will have access to all of those groups of people.”

Professor Walters, who lives with his family near Guildford in Surrey, will be working at the Shropshire-based campus on a weekly basis.

Historically, his primary interest has been integrated pest management – using a combination of biological, physical and chemical solutions that minimise adverse ecological effects, and working alongside natural pollinators some of which play a dual role as they can exert pest control themselves.

He added: “Really, I aim to find a balance between natural and chemical pest control methods in a way which will compliment each other.

“Thanks to the wide range of specialists at Harper Adams, I believe a meeting of minds can take place, which is what is needed in this area of research.”