FEATURE: The creation of a masterpiece mace

“We were able to use four hard woods, to represent the four seasons, that were grown on the Harper Adams estate and various members of staff were involved in that process. Later, when that hard wood had been dried and processed, we were able to machine it here in the workshops in the university." 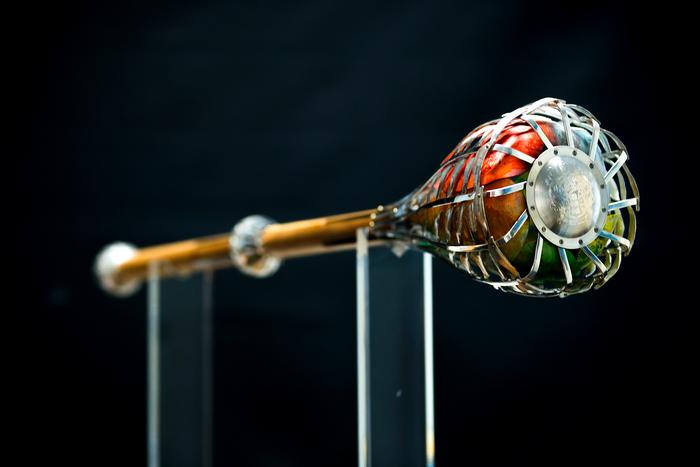 When HRH The Princess Royal was installed as the first Harper Adams University Chancellor, onlookers might have spotted the new ceremonial mace, guiding her into and out of the church.

Most UK universities have a mace which is carried on ceremonial occasions as a symbol of authority, but the Harper Adams mace is a far cry from the norm.

It was created by Andrew Coomber, a professional artist and craftsman who takes his inspiration from the natural world.  He made several investigatory visits to the university and worked with both academic and support staff to develop, refine and produce the finished work.

He said: “It has been a great project to work on because it was about agriculture and the landscape, which is what I am about as an artist. To be able to link in metaphors for growth and development, both individual and institutional, has been wonderful because it has real meaning, far beyond something just off the shelf.

“I visited the campus quite early in the process and was impressed with lots of things, not least the engineering department. I take a notebook round and note words down and two of the words that came out side-by-side were engineering and water.

“And then there was the seasonal aspect – 12 months of the year so there are 12 units in the head of the mace.  The water element and the engineering element are represented together by a piece of laser-cut acrylic, which is the heart that holds the whole thing together.  And, of course, the symbolism of water causing growth fits very well.

“We were able to use four hard woods, to represent the four seasons, that were grown on the Harper Adams estate and various members of staff were involved in that process. Later, when that hard wood had been dried and processed, we were able to machine it here in the workshops in the university.

“Then I took it away and applied all the detailed parts of silver, anodised aluminium, colour: all those elements that give it its finished quality.”

The Harper Adams Mace symbolises the growth and development of people, animals and plants. It reflects water as the essential source of life. Attached to the timber shaft, horn and silver elements reflect natural forms working together towards the head of the mace to represent the role of Harper Adams University in providing forward-thinking education and research, focusing on animals, crops, and the natural landscape. The shapes and elements work together to represent the role of the University in the nurturing of human beings to be guardians of the natural world.

Mr Coomber also produced a paper knife, using many of the same elements, which was presented as a gift to the Chancellor of the day of the installation.  “I couldn’t believe it when I was told that not only did Harper Adams want me to be at the ceremony, but wanted me to be presented to Her Royal Highness,”  he added. “Very often with the pieces you make, you never see what happens to them, how they are used, who received them or anything.

“So to be here at the ceremonial element and to see the mace in its true environment, rather than in my workshop, and then to be able to talk to the Princess Royal about how her paper knife links to the mace in terms of its design and material – that was wonderful!” 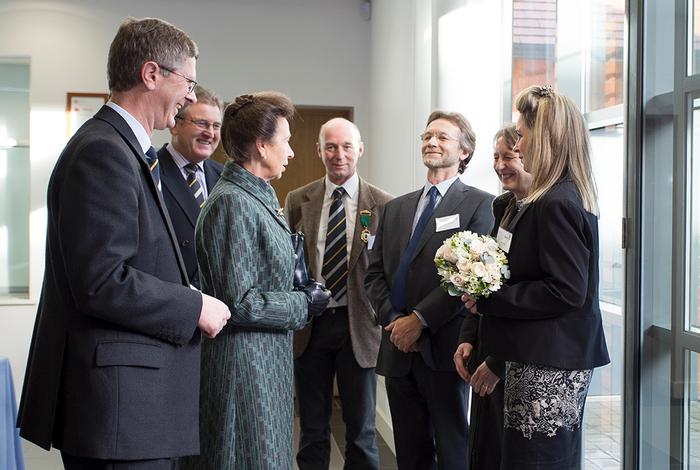 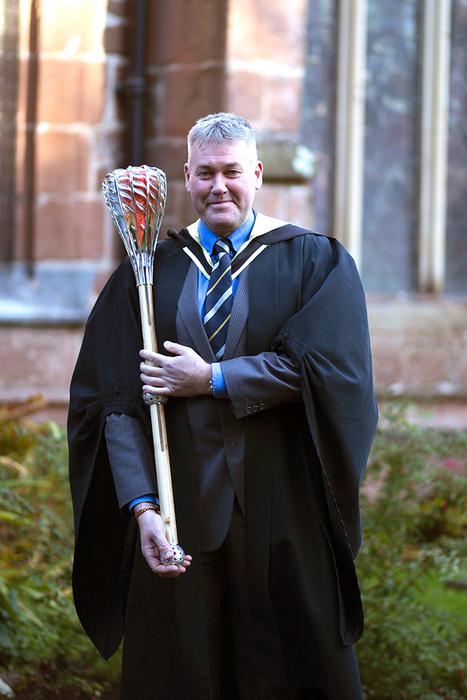