Harper Adams researcher to Change the Record with WaterAid at Glastonbury

A Harper Adams researcher is hoping to raise awareness of an international charity that campaigns for safe water by volunteering at one of the UK’s biggest music festivals next week.

Rachel Lockley will be part of a 200-strong team asking Glastonbury Festival goers to sign a petition to make sure that everyone has access to taps and toilet facilities by 2030.

She will working on behalf of WaterAid, which has had a presence at the renowned music event in Somerset since 1994.

Rachel, who is completing a postgraduate research project looking at how to improve radish quality by reducing splitting, said: “Glastonbury Festival is the ideal place to campaign as people are more aware of water and sanitation when they are at a festival, compared to being at home.

“This means they are closer to the issues that WaterAid campaigns for, and can understand what it is like for the 2.5 billion people in the world that don’t have access to sanitation facilities.

“I decided to volunteer for the charity because it has one simple and important aim. No-one can argue that clean water and sanitation are important for a healthy life.

“In Britain we’re lucky enough that it’s hard to imagine not having access to clean water and toilets and we often take them for granted, but other people aren’t as fortunate.

“I’m really looking forward to Glastonbury, and hopefully when I am not busy working, can take time to enjoy some of the bands and live acts.”

The Change the Record petition aims to transform the lives of girls around the world by giving them time to go to school instead of spending hours collecting water; making sure schools have the facilities to help them to stay clean and healthy; give them the dignity and privacy of a proper toilet; and provide safer conditions to give birth.

As well as the petition, WaterAid will have a stand by the Glastonbury Pyramid Stage, giving out drinking water to festival-goers, collecting rubbish for recycling, and manning the She Pees tents and the African pit latrines – the quickest and most hygienic places to go to the toilet onsite.

Each volunteer will work shifts of four to six hours a day – the same amount of time many women and girls in the developing world spend collecting water, leaving little time for education.

29-year-old Rachel from Leicestershire, who also volunteered at the event last year, added: “I believe the work the charity does is so important because it gives a voice to people who wouldn’t otherwise be heard.

“Until I started volunteering for WaterAid, I wasn’t aware how many people didn’t have access to clean water and sanitation. Whist campaigning at the festival we will raise awareness of the issue.”

Glastonbury Festival takes place on Wednesday June 25-Sunday June 29, with acts such as Metallica, Kasabian and Disclosure taking to the various different stages.

WaterAid hopes to get 35,000 signatures for its Change the Record petition, calling on governments to making water and sanitation a priority when they meet at the United Nations this September, and transforming the lives of women and girls. 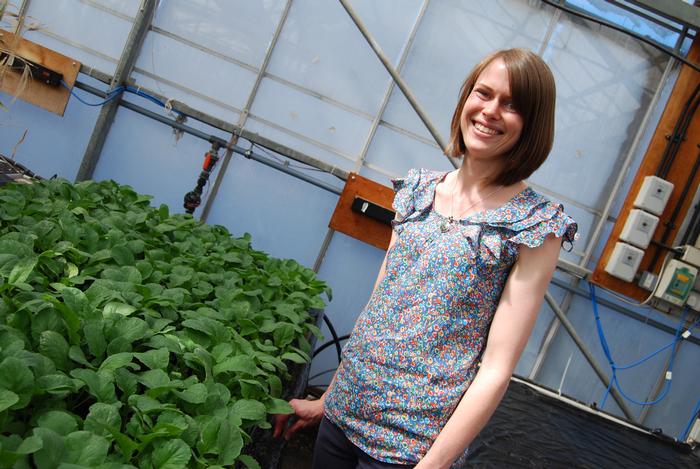