Student study suggests foraging is on the increase 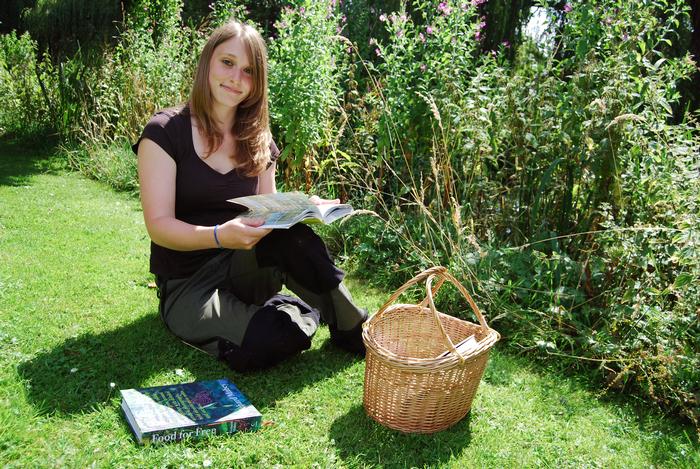 22-year-old Kate Price chose ‘Wild food foraging in the UK’ as her dissertation study after identifying a significant gap in existing research during a literature review.

Her research aims to identify the current state of wild food use and whether foraging is being undertaken sustainably. To do this, she distributed questionnaires to foragers and conducted structured interviews.

“After analysing the data, for which I gained around 250 responses, I produced my results.

“These showed a seven per cent increase in foraging participation among non-professionals, particularly young people from urban areas, during the last five years due to a renewed interest in both nature and traditional knowledge.

“Also rather interestingly, some of my results do contradict those of other foraging studies. I found that there are many family foraging traditions and that motivations behind foraging are very complex – foraging is part of enjoying the outdoors and also helps to reduce household food costs.

“Time was the biggest limitation to participation, and a lack of knowledge and confidence in species identification was a big factor for non-professional foragers."

Kate’s results indicate that despite foraging being undertaken sustainably by casual foragers, few participants follow codes of practice and some are unaware of environmental measures. This has highlighted the need for a definitive code of practice for the industry.

Kate, who is due to graduate with a BSc (Hons) Countryside Management degree in September, added: “Unauthorised access is very common amongst non-professional foragers, mainly due to it being undertaken on public land.

“Also, many feel they do not need to seek permission as they believe they have a right to forage. Therefore, the law regarding the right to forage should be revised.

“I hope that my findings will help to start building a picture of the interactions between people and wild edibles and the importance of this resource in the UK.

“This study is a starting point and has definitely highlighted areas for further investigation and should begin to emphasise the growing importance of foraging and encourage further research in the subject area.”