“It is a source of great pride that this university, which has done such wonderful work over the years, is now increasingly recognised as one of the world’s leading research and teaching universities." 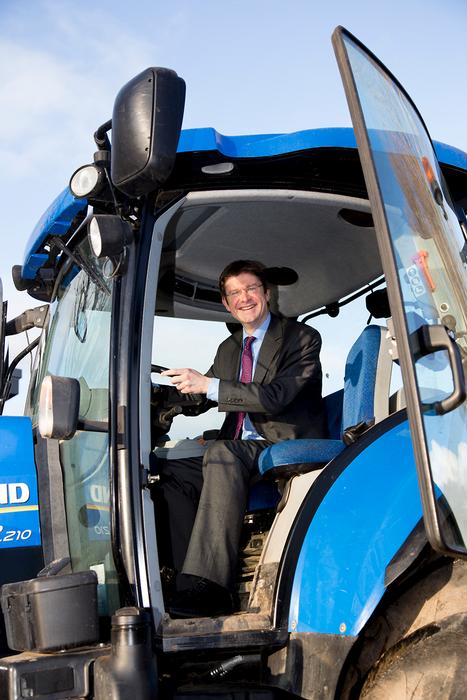 Scroll down for photo gallery

Harper Adams University is a world-leading institution, and it is on a roll – Universities Minister Greg Clark MP declared while visiting the Shropshire campus on Friday.

The Minister, whose portfolio covers universities, science and cities, toured engineering and farm facilities at Harper Adams after signing the £75million Marches Local Enterprise Partnership Growth Deal, which will be invested into the Marches area to create thousands of homes and jobs over the coming five years and will generate up to £20m in private sector investment.

He told invited guests: “I have been really looking forward to coming to Harper Adams. This is an institution that is on a roll. You had the results of the Research Excellence Framework just before Christmas and excellent is the word that certainly applies here, so many congratulations on that.”

“You were there for the Times Higher Education University of the Year awards and there was quite a buzz in the room when Harper Adams was mentioned repeatedly throughout the ceremony. There is a real sense of momentum in this university and it is fantastic to be here to see it myself!

“It is a source of great pride that this university, which has done such wonderful work over the years, is now increasingly recognised as one of the world’s leading research and teaching universities. To have the continuing focus that you have in agriculture and to be applying it to the cutting edge of technology, is part of a trend we are seeing around the world for sectors that were considered to be completely different, that previously didn’t talk to each other, to increasingly come together. People are learning from each other and the old boundaries between disciplines are falling away. That is very much part of the ethos here.

“I think the fact that the Vice-Chancellor of Harper Adams University is a member of the Local Enterprise Partnership is not a coincidence because universities, and this university in particular, are leading forces in the economies of their local area. It is entirely fitting that we are here in this powerhouse of the local economy to sign this Deal, which has benefited from the input of the university as well as that from businesses and local authorities.”

Vice Chancellor Dr David Llewellyn said: “We were delighted to welcome the Minister to Harper Adams University, and to have the chance to show him our activities in agricultural engineering, precision farming, and our dairy operations, amongst several other elements of our research and teaching. The Minister was also able to meet with a group of students to hear their views about the University, the industry placements they had undertaken and the careers that they will be seeking when they finish their studies.

“We took the opportunity to explain that, in working with the Marches Local Enterprise Partnership in the area of agricultural engineering, we have delivered new jobs, increased research income to the University, forged new international collaborations and engaged in new partnerships with industry, all of which are expected to help with local economic development.

“Universities have an important role to play in the delivery of Local Enterprise Partnership objectives, and we hope that the Minister will have been assured that the collaboration we have established with the LEP is already making a positive impact in the Marches area.”

Joining Greg Clark MP on the campus tour were Borough Councillor Eric Carter, who had been instrumental in encouraging the Minister to visit Harper Adams University and is supporting the bid to create an innovation park for agricultural engineering in Newport; and Sean Kelly, assistant to and visiting on behalf of, Anthea McIntyre MEP, who, as a member of the European Parliament’s Committee on Agriculture and Rural Development,  takes a keen interest in the university and plans for agri-technology developments. 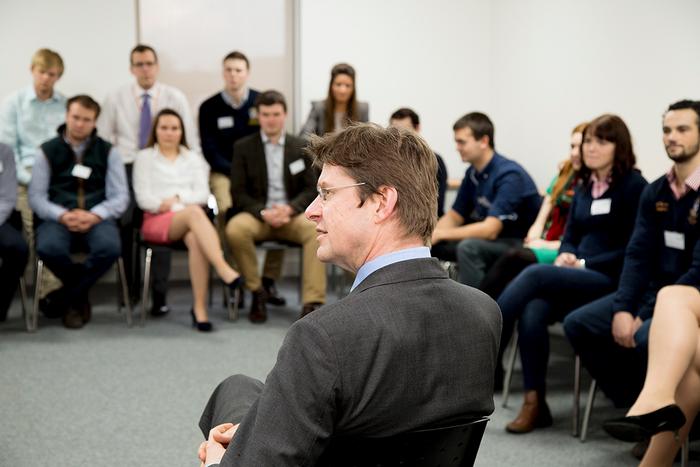 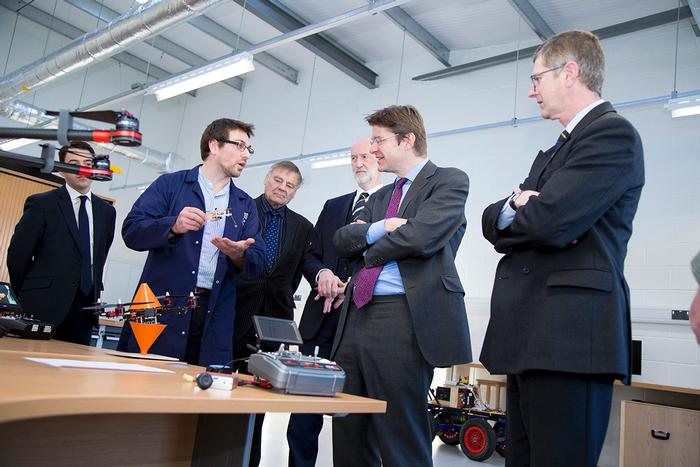 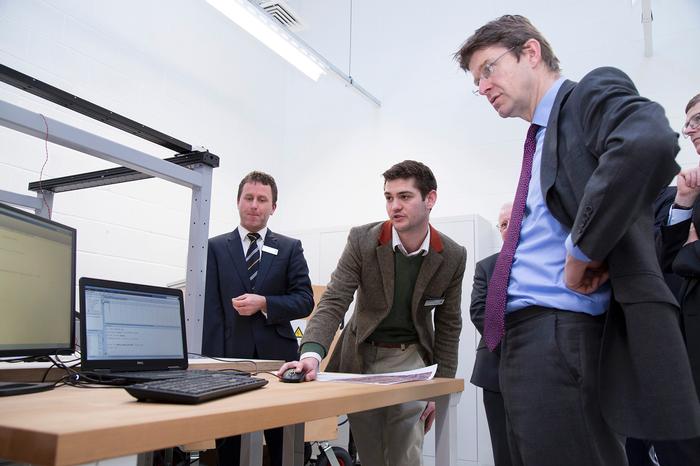 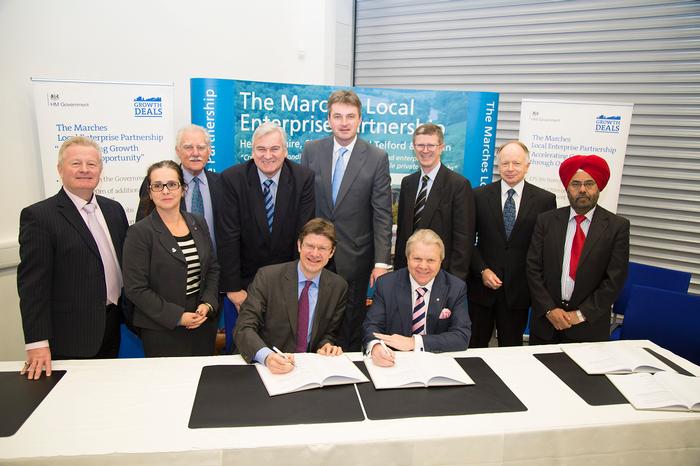 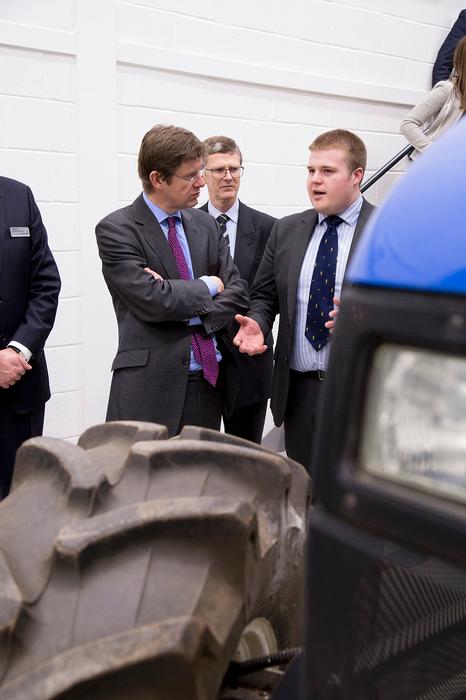 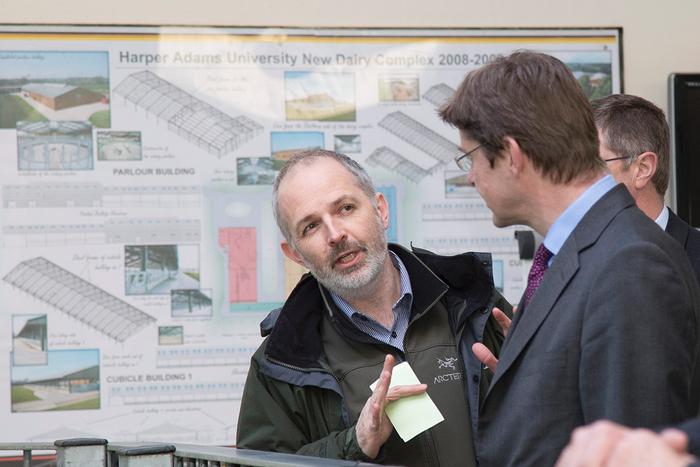 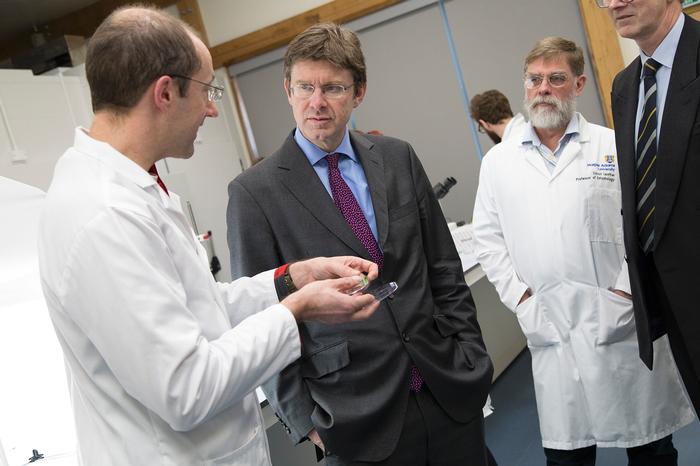 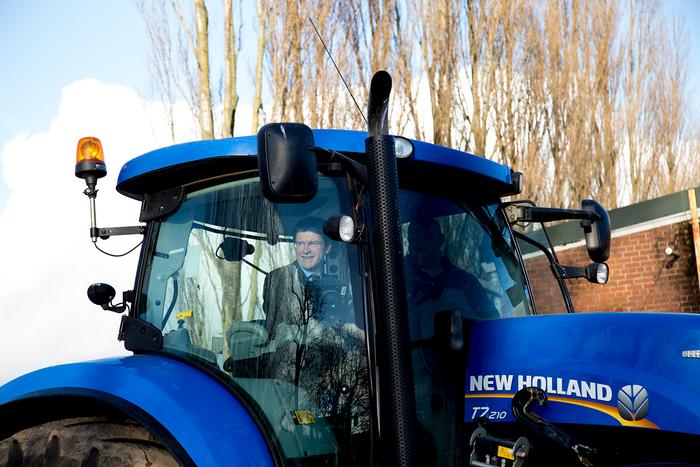