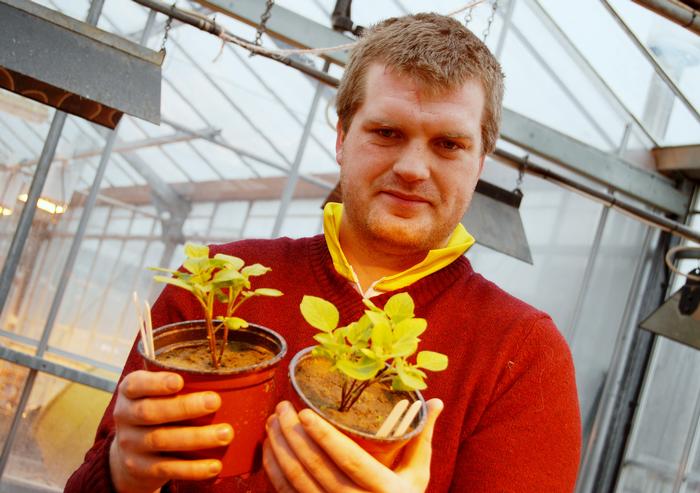 A Harper Adams University agriculture student is hoping to find an alternative method for measuring the resistance of potato plants to the common crop pest, potato cyst nematodes.

Potato cyst nematodes (PCN) damage a potato plant’s root system, making them less able to extract water and nutrients from the soil, leading to reductions in yield and quality.

Final year student Laurence Gibbs is hoping to find a more effective way to measure crop resistance to the problematic nematode Globodera pallida and believes that root invasion studies could be the answer.

The 23-year-old who studies BSc (Hons) Agriculture with Crop Management, said: “The existing method for monitoring resistance is to count the populations in the soil before and after the potato crop has grown and been harvested, to determine if reproduction has occurred.  Unfortunately this is an imprecise science.

“Instead, a root invasion study can be used where the roots of the plants are cut up and then stained to reveal the nematodes. These are then viewed under a microscope, indicating the stage in their life cycle and so the possible resistance of the plant.

“Using this method means results are collated much more quickly, and should allow breeders to identify and classify new resistant varieties ready for the market.”

For the study, which is for his Honours research project, Laurence is conducting an experiment in the on-campus glasshouse. He is growing seven potato varieties with different claimed resistances, from none to high resistance.

These root samples will then be analysed in the university's nematology laboratories alongside nematologists Dr Ivan Grove his director of studies, and Dr Matthew Back.

Former Hereford Sixth Form College student, Laurence from Bromyard, said: “In theory, the most resistant varieties should restrict the growth of the nematodes and by using root invasion studies, I hope it will identify how much resistance the plant has.

“The benefit of this work is that it will help breeders and seed companies to clarify the resistance of the varieties and improve classification.

“It could also prove a valid area for further research in the future, once my dissertation has been submitted.”

Following his final exams, Laurence will be moving away from the family dairy and cereal farm to commence his role working as a trainee farm manager in Norfolk.

He hopes to be able to incorporate his interest in agronomy and soils into his future career. Laurence added: “I chose to investigate PCN for my dissertation as it was a new challenge for me, and I wanted to learn about something different.

“Being at Harper Adams has given me the opportunity to broaden my view of agriculture and move forward in a new direction, exploring different avenues.

“My dream job is to be a farm manager, although I of course would love to have my own farm, where I would integrate all of my new found soils knowledge and passion for the latest technology.”

Laurence was part of the Students’ Union in his second year and enjoys embracing rural skills such as traditional hedge-laying and fence making. 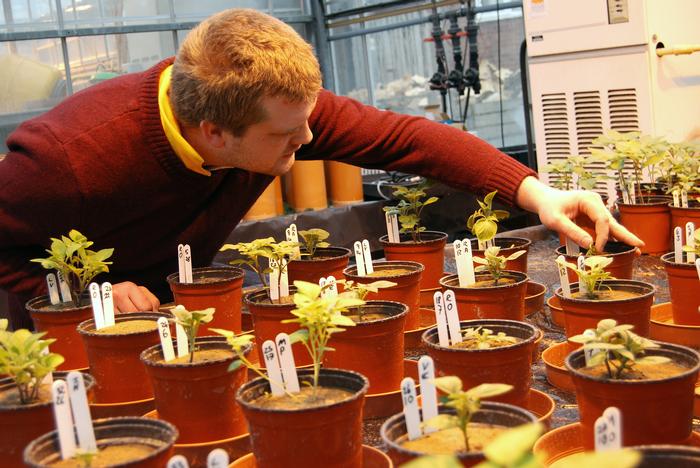