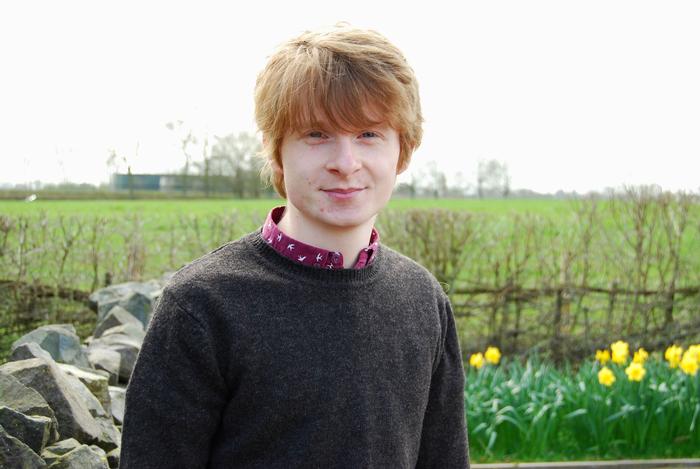 Carl who studies BSc (Hons) Countryside and Environmental Management, has been looking at foraging behaviour and how far songbirds will travel from shelter for different types of food.

For his research, he set up two types of bird seed at three different distances from cover – 2m, 5m and 10m on the Harper Adams campus, and then observed the birds’ behaviour.

Carl from Stafford said: “I observed the birds every two minutes for a total of an hour on 60 different occasions over winter – the time when birds are most likely to seek supplementary food.

“In theory, the birds should opt for the shortest distance as this reduces threat from predation. But, I have found that although it is species dependent, overall, the birds preferred the higher energy seed at 5m distance from cover.

“Further research is required to confirm these findings, but initial results suggest that is the preference.”

The 22-year-old observed nine different species of songbird and found trends for the goldfinch, great spotted woodpecker and great tit. Observations of these birds in particular decreased as distance from shelter was increased.

The two foods used were a higher energy de-husked sunflower seed, and a standard black sunflower seed, both of which were donated by CJ Wildlife of Shrewsbury, along with the required feeders.

Carl, who enjoys wildlife photography and volunteers for the RSPB, BTO and Staffordshire Wildlife Trust, added: “Half of UK households feed garden birds so this research will help people to understand where to place their feeders and the best type of food to attract more birds.

“Evidently the higher energy food increases observations, this may be due to it being de-husked, so less effort is required from the birds so they are foraging optimally.”

Following completion of his undergraduate degree, Carl hopes to start a masters’ degree in applied ecology and conservation before pursuing his dream career in bird conservation.