“It is important to demonstrate a consistent performance in graduate employment, and, in addition to our results over the last four years, with an average employment rate of 96.1% over the last seven years, we are amongst the best institutions in the higher education sector.

A rate of 96%, published this week, has ensured that Harper Adams University continues to have the best and most consistent long-term graduate employment performance in specialist agri-food higher education.

The employment rate – or Key Performance Indicator (KPI) – is calculated following the Destination of Leavers from Higher Education Survey of former students who graduated in the 2013/14 academic year after completing their first, full-time degrees.

Harper Adams achieved the highest response rate in the UK. With 97.8 per cent of 2014 graduates completing the survey.  Therefore Harper Adams was able to achieve the country’s most accurate mapping of where former students were six months after graduating – in work, in further study or unemployed.

Furthermore, when each university’s employment rate is weighted against its response rate – the percentage of its students who took part in the survey – Harper Adams is revealed to have the third highest score of all 160 institutions that submitted a survey return to the Higher Education Statistics Agency (HESA).

Commenting on the survey results, Dr David Llewellyn, Vice-Chancellor noted “It is important to demonstrate a consistent performance in graduate employment, and, in addition to our results over the last four years, with an average employment rate of 96.1% over the last seven years, we are amongst the best institutions in the higher education sector.

“Our close ties with industry, and the high quality of our education, directly support these tremendous results, but we should not forget the hard work of our students in seeking and securing employment as they graduate from University, and we wish them well in their chosen careers.”

Maria Simpson, Careers Service Manager, added: “The surveying of students not only secured a high employment rate but also revealed that the majority (74.35%) had secured positions classed as ‘professional or managerial’. Students have worked really hard aspiring and taking every opportunity to gain the knowledge, skills and attributes to be employable and compete effectively for graduate level positions, locally, nationally and internationally.

“As well as dealing with vacancies all year round, we successfully hold our annual Careers and Placement Fairs in November each year attracting in excess of 100 employers keen to meet and engage with students who study our successful range of courses.” 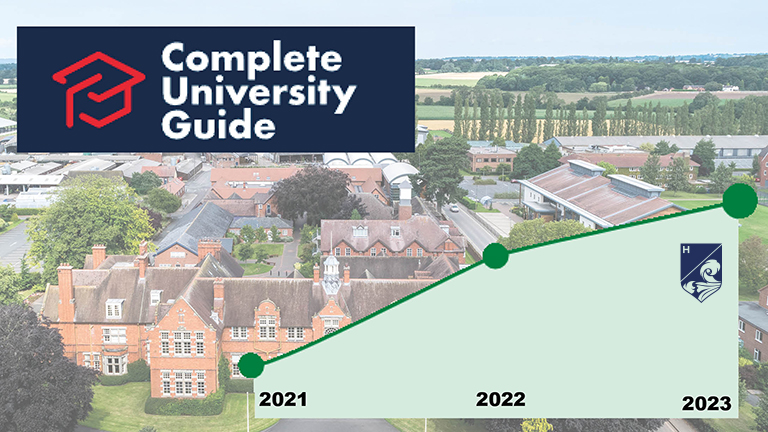