Precision agriculture is on the brink of a new phase of development involving smart machines that can operate by themselves, which will allow production agriculture to become significantly more efficient." 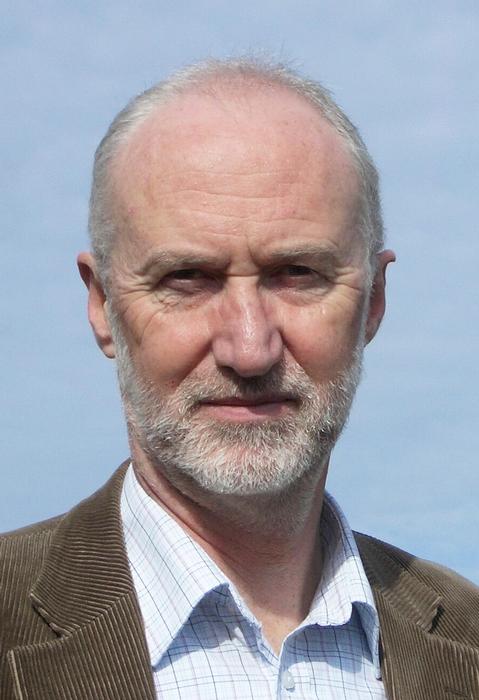 Professor Simon Blackmore, Head of Engineering at Harper Adams University and Head of the National Centre for Precision Farming, recently travelled to China and Malaysia to share his expertise at key precision agriculture events.

He gave a keynote speech at the Sixth Asian Conference on Precision Agriculture, held at SCAU, in Guangzhou, on the latest developments in robotic agriculture.

Fellow invited speakers came from across the globe including Professor Noboru Noguchi, from Hokkaido University, Japan, who has spent time at Harper Adams; Dr Ken Sudduth, President of the International Society of Precision Agriculture, USA, and Professor Sun-Ok Chung, Chungnam National University, Republic of Korea. All four enjoyed the chance to reunite at the event, after decades of both friendship and knowledge exchange.

Other speakers came from New Zealand, China, Greece and Indonesia to the conference, which was opened by Professor Xiwen Luo, SCUA.

“At the conference we saw many new technologies, but the most significant was the development of agricultural drones, with a demonstration of spraying drones in paddy fields and a number of commercial offerings. SCAU demonstrated their automated tractor, their master-follower tractor system and robotic rice sprayer.

“I am impressed by how quickly China has developed new technologies over the last 10 years to join us as a world leader in robotic agriculture.”

Professor Blackmore explained that a new bilateral agreement between the UK and China, the Newton China Fund, would allow UK and China partners to exchange ideas and develop new technologies. The Newton China Fund is sponsored by the Science and Technology Facilities Council (STFC) and the Chinese government and Harper Adams University intends to be one of the main partners.

The university is already involved in one Newton China Fund project and, via the National Centre for Precision Farming, is submitting a proposal for a second.

Following the successful conference at Guangzhou, Professor Blackmore flew on to Malaysia, where he was part of a panel carrying out a precision agriculture research consultation programme at MARDI – the Malaysian Agriculture Research and Development Institute.

“This was a technical review of MARDI’s research strategies and programmes, including an appraisal of its resources. It was all very successful with satisfactory outcomes and recommendations. We are just finishing the report but consider the research being carried out there to be of international standard.

“At the end of the review, there were demonstrations of their variable rate fertiliser application; high clearance paddy tractor and unmanned aerial vehicle systems.

I was also invited to go to UniMAP, Universiti Malaysia Perlis, to give a guest lecture to mostly female undergraduate agricultural engineers.

“Women are really leading the charge over there. The head of the department was a woman and 90 per cent of their agricultural engineers were female. It must be a cultural thing – I wonder why we don’t have more here in the UK?

“After the lecture they took so many selfies with me I felt like a rock star.”

The latest precision farming research can be found here.