I saw that TV shows, films and advertising had an influence on the types of dogs people wanted to buy... the Twilight films made huskies, and similar dogs, more appealing." 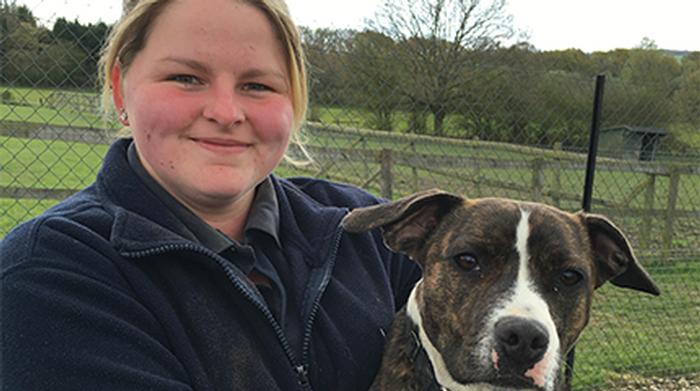 A study by a student at Harper Adams University has concluded that spaniels are the most desired pet dog.

For her final year research project, BSc Animal Behaviour and Welfare student Steph Sleet surveyed nearly 500 people, to see which types of dog they believed would make the best pet.

Steph, 22, from Chelmsford, Essex, said: “If there were no limitations when choosing a dog, the most popular type was a spaniel. This was closely followed by shepherd-type dogs, Rottweilers and huskies.

“However, many people in my survey admitted that these dogs would not fit into their lifestyle, and so believed that the overall best pet breed for them would be a Labrador Retriever or similar, closely followed by spaniels and collies.

“I found it interesting to compare what dogs people thought would fit into their lifestyle and what they would choose if they could have any breed.

“I saw that TV shows, films and advertising had an influence on the types of dogs people wanted to buy. Labrador Retrievers were popular because they were in the Andrex adverts and the film Marley & Me, while the Twilight films made huskies, and similar dogs, more appealing.

“The perception of what made the ‘best pet’ did depend very much on the lifestyle of the person answering the survey, for example, farmers were saying a collie suited them best.

“I decided to do this topic for my research project after I worked at a boarding kennel and cattery. We saw a lot of Labradors and spaniels being brought in. My research showed that these were  seen as the  best dogs to have as a pet but it was apparent that a lot of people hadn’t done sufficient research before choosing which dog to buy, to check if they suited their lifestyle.