“This is the first year that a modern university has overtaken some of the so-called elite Russell Group institutions in our league table. They could clearly learn something from Harper Adams when it comes to creating a high-class educational establishment with engaged, dynamic students.” 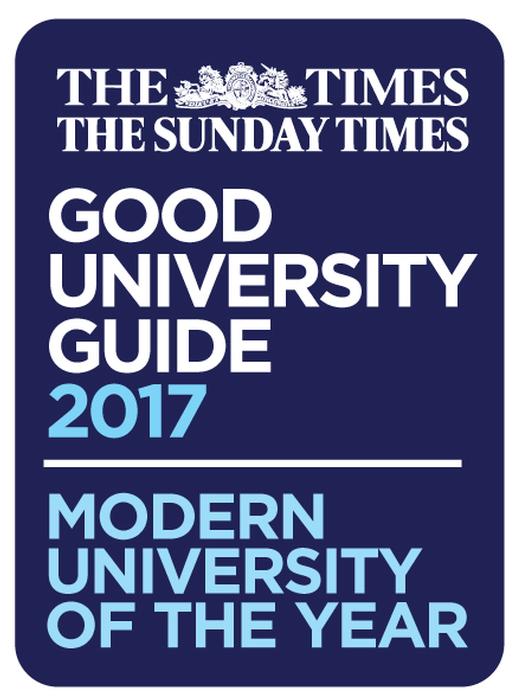 Harper Adams University has been chosen as the Modern University of the Year, it was announced today, ahead of publication of the Times Good University Guide this weekend.

The guide will be published as a supplement to the Sunday Times, but in today’s Times newspaper the editors reveal a series of winners including Harper Adams, which has climbed the league table from a ranking of 49 last year to 36 in the new guide – the highest position ever held by a Post-1992 University.

Alastair McCall, editor of The Sunday Times Good University Guide, said of the Harper Adams award: “The distinctiveness of a Harper Adams education makes it stand out in an increasingly crowded higher education marketplace.

“It is the premier institution in the country in its specialist area but this award recognises its wider achievements in providing high quality teaching, an outstanding student experience and top-class facilities.

“This is the first year that a modern university has overtaken some of the so-called elite Russell Group institutions in our league table. They could clearly learn something from Harper Adams when it comes to creating a high-class educational establishment with engaged, dynamic students.”

Vice-Chancellor Dr David Llewellyn said: “We are thrilled to have been awarded the title of Modern University of the Year in the Times & Sunday Times Good University Guide 2017.  We have, once again, significantly improved our league table position over last year, based on a lot of hard work by our staff and students and a determined focus on the quality of the education that we provide in our academic community.

“In addition to thanking everyone at the University for their role in this outcome, I would like to say how grateful we are to our many supporters in industry, those who help us, in various ways, to develop the institution, and to our partners internationally, all of whom have contributed so much in recent years to the University’s success.

“I am sure that there is no better time to receive such news than on our annual graduation day. To be able to share the news and celebrate with our graduating students, their families and university sponsors has made it even more special.”

Harper Adams was named University of the Year at the Whatuni Student Choice Awards in April. It holds the joint second highest UK University graduate employment rate – 99.4 per cent – according to the Destination of Leavers from Higher Education Survey, and is in the top 10 universities for student satisfaction, as determined by the National Student Survey.

To celebrate the success the Students’ Union, led by 2016/17 President Freddie Hammond, built a huge number “1” strawstack in front of the original Harper Adams building, much to the delight of the Class of 2016 and their parents who join in the celebrations by posing for photographs around it.

Look out for the Good University Guide in the Sunday Times and online, plus two special education reports in The Times on Monday and Tuesday.

Our next open day is on Sunday October 16. Register now Harper.ac.uk/open 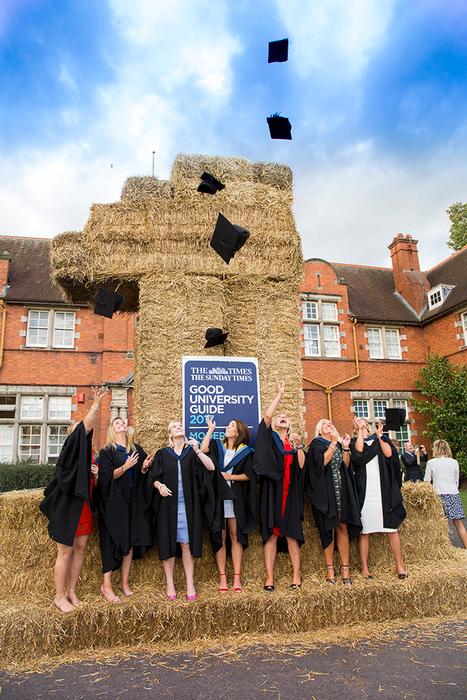