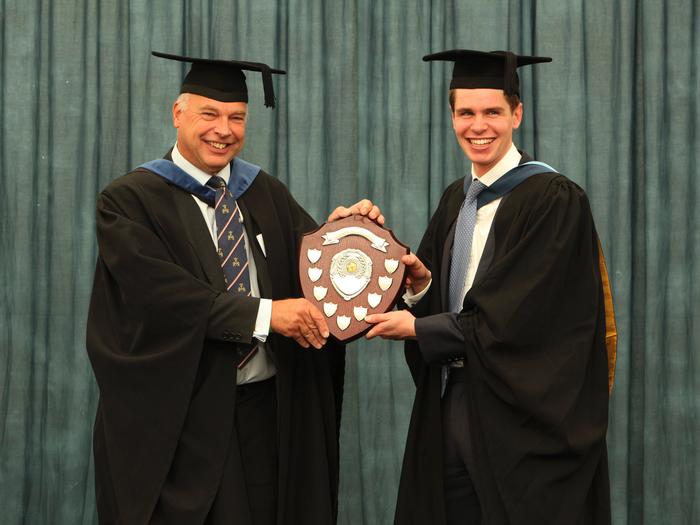 Henry King, 23, from Granborough, Buckinghamshire, has been awarded the Gethin Webb Award.

This award is given to the final year BSc/BSc(Hons) Rural Enterprise and Land Management (REALM) student who has made the learning experience more enjoyable for other students throughout their time at Harper Adams.

Simon Keeble, senior lecturer, said: “Henry was voted for by his fellow final year REALM students as the person who has given the most contribution to their year.

“He has had an outstanding contribution to helping his year group and keeping up morale during a pressured final year.”