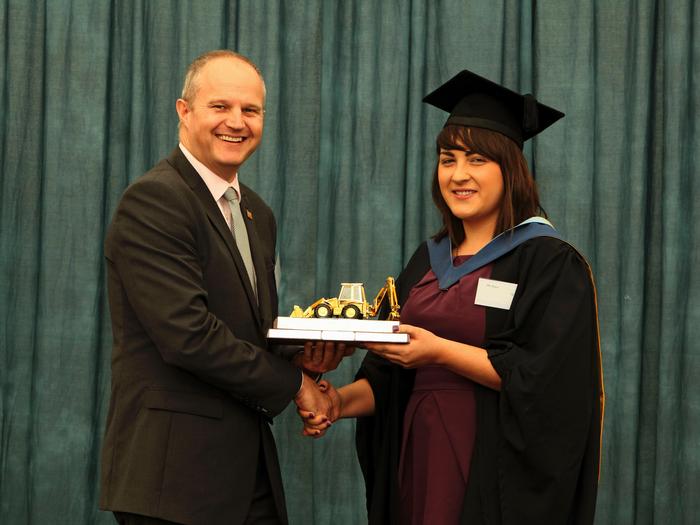 Ellis Ward, 23, from Derby, has been awarded the JCB trophy.

The trophy is given to the best BEng (Hons) Off Road Vehicle Design student.

Greg Rowsell, programme manager, said: “During her time at Harper Adams, Ellis has very clearly found her niche. Following a very successful industrial placement at Terex in Coventry, for which she won the Placement Award for her cohort,  Ellis identified a particular interest in manufacturing process management, so much so that she resisted the normal rotation in to the other departments.

“In her final year, Ellis’ final year project sought to improve the efficiency of a production line at Terex and her insightful investigation in to organisational behaviour and operator motivation was a world-class piece of work, gaining her the joint highest project mark in her year group.

“After a number of job offers, Ellis has returned to a position at Terex in manufacturing management.

“We would like to thank Ellis for her significant contribution to the University in her student ambassador role and her involvement in promoting women in engineering.”

The award was presented by Simon Wood. 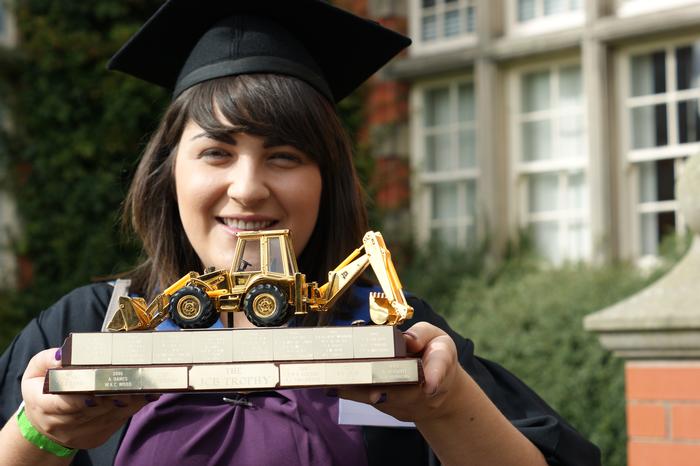