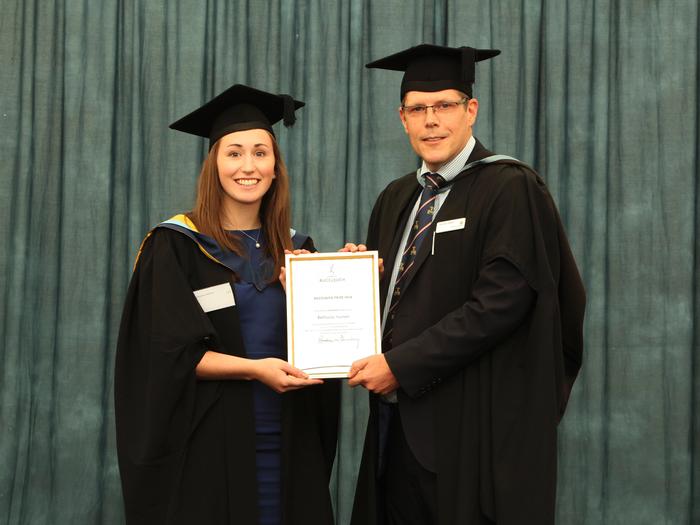 Beth Hanson, 22, from Hereford, was awarded the Buccleuch Estates Prize due to being REALM placement student of the year.

“Beth comes from a mixed farm in Herefordshire, which includes cider orchards alongside the cattle, sheep and arable.

“Beth took advantage of the opportunity of a study visit to one of our Chinese partner institutions, Beijing Agricultural University, in her second year.

“She graduates this year with a first-class honours BSc Rural Enterprise and Land Management degree and has a graduate post as a trainee surveyor with Berrys in Herefordshire.”

The prize was presented by David Jasper.