As a country there's a massive shortage of skilled expertise in engineering. I’d like to build closer links with local educational institutions to see how we can get more engineers trained-up in the country and have Harper Adams at the centre of that."

His previous role was Head of the School of Engineering, Design and Manufacturing Systems at Birmingham City University.

“There’s a good team of people from technicians to researchers, to academics and professors in the engineering department and there's a good portfolio of courses which I hope to develop on.

“As a country there's a massive shortage of skilled expertise in engineering. I’d like to build closer links with local educational institutions to see how we can get more engineers trained-up in the country and have Harper Adams at the centre of that.

“I want to see more female engineers. There are a few now; when I first started out at university there were probably only two girls studying engineering. Now you get a few more but it’s still not an equal split. I want to do what I can to make engineering a subject that’s accessible to girls from all different background and abilities. There’s a lot that engineering can offer them."

On how his fascination and career started, Mr Chima said: “My passion for electronics started at a very young age; about five or six years old. I started experimenting with electrical circuits, developing simple things.

“While still at school, I attended a local college to study electronics further because it was a subject that interested me immensely. At the age of 16 I came away with my school qualifications and a City of Guilds in electrical and electronic engineering.

“That led me to becoming an academic. I spent many years as an academic where I developed new course programmes. I then went into telecommunications, control engineering and then eventually moving on to becoming a manager. I looked after a department initially in software, e-business and IT and then later, and more recently, engineering which encompassed mechanical, automotive, motorsports engineering.

“When I’m not at work, my hobby is still electronics! I enjoy looking at the new processors. Sensors always play a big role and I’m very intrigued and interested in new sensors and sensor developments. In my free time I’ll be at home working on an Arduino or maybe a Raspberry Pi or trying to fix a broken computer.”

Professor Simon Blackmore, the previous Head of Engineering, is now working in the new role of Head of Robotics and Automation. 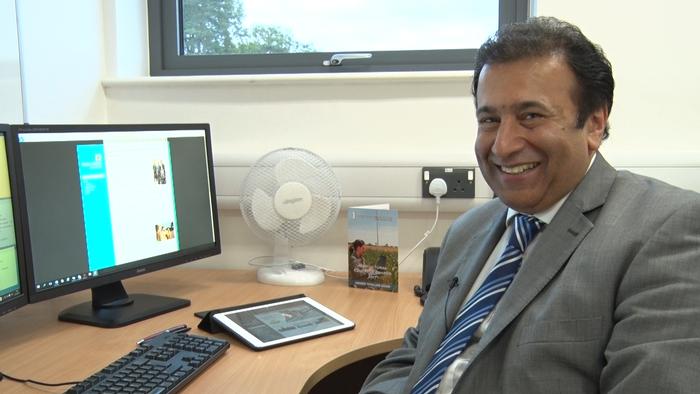