The money from the scholarship will help me carry out UK-based research to better understand the key issues and see if there is a viable technical, commercial, socio economic and sustainable solution." 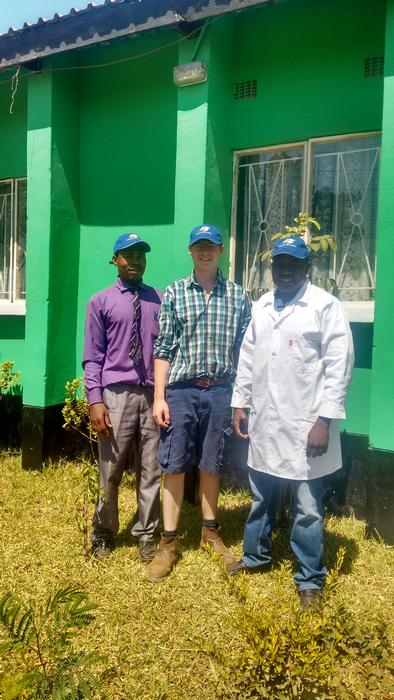 Last year, James Shaw went to Zambia to work for a non-profit company where he was involved in developing ways to use groundnut shells as a source of renewable energy.

During this time he saw the potential of the energy source but also the number of issues that needed to be overcome to make it fully commercially viable. After graduating, he hopes to engineer a solution to these problems.

The 19 year old has recently received a Douglas Bomford Trust Scholarship to help fund research into the area.

The MEng Agricultural Engineering student from Malmesbury, Wiltshire, said: “While I was working in Zambia for a non-profit company, Community Markets for Conservation (COMACO), I was heavily involved with developing an alternative use for groundnut shells that were otherwise a by-product of their peanut butter production.

“Rather than selling the groundnut shells as an almost worthless item, COMACO invested in a machine that compresses the shells into briquettes for the commercial and domestic market as a more renewable and suitable alternative to charcoal and bush-wood.

“Zambia has one of the highest rates of deforestation in the whole continent despite charcoal and bush-wood production in many provinces being illegal. Currently, practical alternatives are not widely known nor commercially available thus, opening the potential for briquettes.

“While the use of by-products such as groundnut shells, rice husks and cotton ginnery waste is an admirable method to overcome the country's problems, there are currently some major issues that I came across while developing the concept in Zambia.

“One of the issues is that when they are used in a commercial setting, in particular commercial brewery boilers, the amount of ash that accumulates at the bottom of a brewery boiler can smother lit briquettes and so extinguishing them. Also due to the make-up of such by-products, boilers can be severely damaged by the build-up of ash causing slagging and potentially boiler collapse.

“Compared to the current alternative of bush-wood, groundnut shell briquettes has an ash content of between 3 to 4 times higher. This reduces the overall flammability of the briquettes when burnt in large quantities, even though the fuel usage per unit kilogram of material to output energy is considerably higher for briquettes than standard products such as charcoal or bush-wood.

“As I’ve witnessed the problems of deforestation during my travels throughout Southern Africa, I’ve gained an interest in finding the solution to deforestation through the means of briquetting technology.”

James has recently been awarded a Douglas Bamford Trust Scholarship to help him research and engineer solutions to make briquettes more viable.

He added: “My initial investigations have shown that there hasn't been any extensive applied research into these problems, even though there is a big benefit in finding a solution.

“The money from the scholarship will help me carry out UK-based research to better understand the key issues and see if there is a viable technical, commercial, socio economic and sustainable solution.

“I’d like to thank the Douglas Bomford Trust for giving me the opportunity to be awarded this scholarship, for which I’m very grateful.” 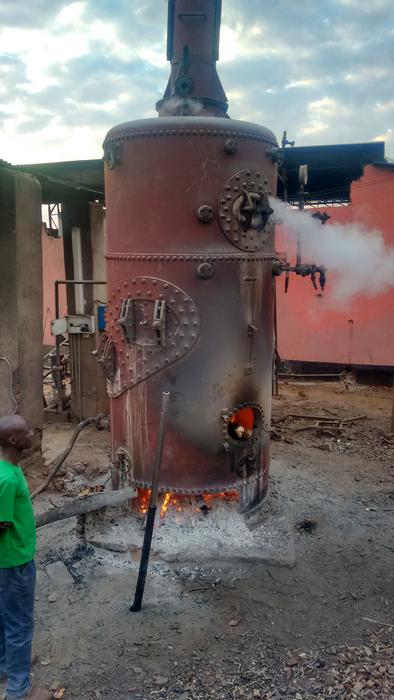