Can a waste product from cauliflowers help peanuts grow during water shortages?

The benefits of leaf wax over the commercial product, if it works well, are it could be cheaper, more environmentally-friendly and sustainable due to being created from a waste product." 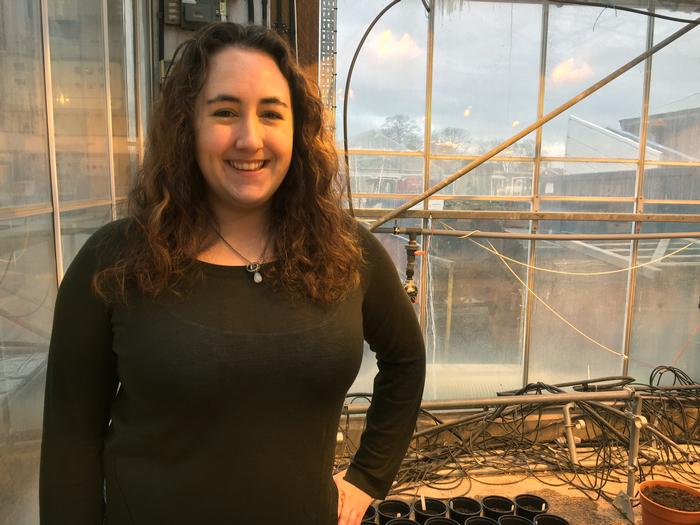 American researcher Kelly Racette is conducting an experiment at Harper Adams University to see if a wax, derived from cauliflower leaves, can help peanuts retain water in drought situations.

The 28 year-old from Virginia, America, said: “Peanut is generally considered a drought-tolerant species, in comparison to other crops, so is frequently grown in places where there’s a lack of rain.

“The hardiness of the crop and its popularity as a staple food due to its calories and protein have meant that there’s been an increased popularity of farmers growing peanut in marginal and semi-arid to arid lands.

“However, these environments often experience unpredictable rainfall patterns, which are becoming even more erratic due to global climate change.

“At Harper, there have already been some investigations into using a wax, which is a waste product from cauliflower leaves, to make crops more resilient in times of water shortage by improving their water retention.

“Their investigations have shown positive results for both wheat and oil seed rape. I was excited by the prospect of testing this product on peanut, which is a crop I’m currently doing my PhD on back at the University of Florida.”

To test the effectiveness of leaf wax, Kelly will test three applications on two different types of peanut. The three applications are: water, the leaf wax and Vapor Gard, which is a commercial product that reduces water transpiration, cold desiccation, heat stress and drought stress.

She will be looking at plant water use, leaf temperature, the rate water vapour passes through the stomata, chlorophyll fluorescence and leaf area to see how the leaf wax compares to the other two applications.

Kelly added: “The benefits of leaf wax over the commercial product, if it works well, are it could be cheaper, more environmentally-friendly and sustainable due to being created from a waste product.

“Potentially, I could take what I learn from this experiment back home with me, to help local farmers. The area that I come from in America has a number of peanut farmers, and they are starting to find it more difficult to grow their crops because of the unpredictability of the weather.

“Another student from the University of Florida is also due to come to Harper next year to do a full-field trial.”