"We’re returning, thanks to funding from the AHDB and the continued support from our industry sponsors, to try and increase the yield through increasing accuracy of our machinery and improved remote agronomy." 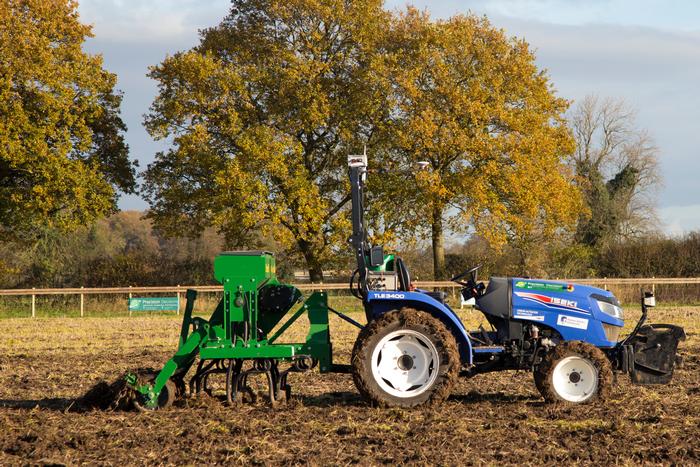 The world-first project run by Harper Adams University and Precision Decisions to drill, tend and harvest a crop without operators on the machine and agronomists in the field has returned after successfully drilling its second crop; a hectare of winter wheat.

This time round, the Hands Free Hectare team are hoping to improve the accuracy of their machinery, and therefore improve the yield at harvest next year.

Martin Abell, mechatronics researcher for industry partner Precision Decisions said: “The first year of the project aimed to prove that there’s now no technological reason a field can’t be farmed without humans working the land directly and we did that with only using off-the-shelf technology and open source software.

“Now we’re returning, thanks to funding from the AHDB and the continued support from our industry sponsors, to try and increase the yield through increasing accuracy of our machinery and improved remote agronomy. We’re trying to push for a more competitive yield compared to what you see on the AHDB recommended lists and all other trials data available.”

But it’s not been the easiest of starts for the team. Kit Franklin, agricultural engineering lecturer and the project lead said: “We had to abandon our first attempt to drill this season’s crop because it was raining quite heavily and the tractor was starting to slip around and lose its straight lines. The reason we’re doing the Hands Free Hectare again is to prove we can go straighter, so we called it a day and waited for better weather.

“After ten days of dreary weather, we managed to come back out and complete the task.

“When we drilled our spring barley earlier this year, the tractor was a bit wavy and so were the drill lines. We’ve had six months to develop the system and we’ve seen improvements which will improve field coverage and ultimately yield. The tractor was still a bit wayward when turning back into the field, but once it’s on the line it was really straight with pass to pass cover greatly improved.

“It’s great that we’ve had the chance to have another shot at this with the help of AHDB.

“It was brilliant to be part of the team that achieved this world first and to help lay down a marker in this sector. We’ve recently started seeing many commercial organisations coming out with their own autonomous agricultural solutions, showing that there’re working on this. I think we could start seeing autonomous tractors and robots on farms any day.”

Harper Adams University Mechatronics Researcher Jonathan Gill added: “We want to thank everyone that’s been, and continues to support us. We’re delighted to return for another year and show we can do it again. The Hands Free Hectare legacy is continuing to live on, and it’ll be improving.

“The media coverage that we got from the first round of the project was phenomenal – it truly went global and new items are still coming in. We’re pleased that we’ve had such an impact and started to get people really talking about automation in agriculture and how it’s already possible.

“But it’s going to take new talent entering the industry to develop this technology. We hope this project helps to inspire people and show them the range of interesting and innovative jobs that are available now in agriculture.” 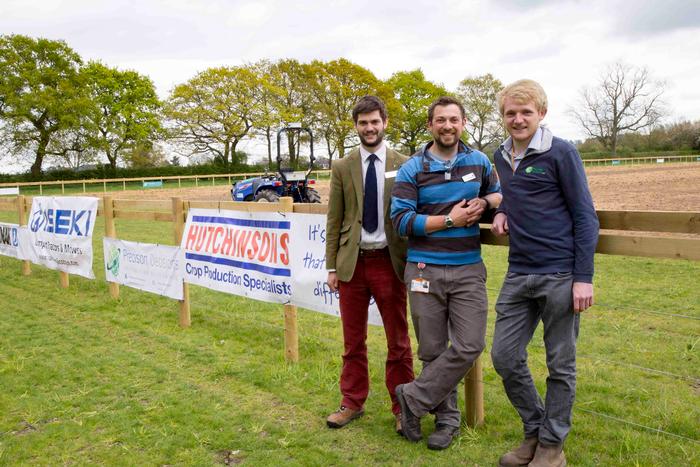