Their Royal Highnesses The Prince of Wales and The Duchess of Cornwall have presented representatives of Harper Adams University with the Queen’s Anniversary Prize for Further and Higher Education, at Buckingham Palace.

Dr Llewellyn said: “We had an amazing time at Buckingham Palace, with the chance to meet again with our Chancellor and to discuss developments in agricultural practice with HRH The Prince of Wales. It is a tremendous honour to be awarded a Queen’s Anniversary Prize, which recognises the hard work of our staff and students, from many parts of the University, in helping to drive developments in new technologies in agricultural practice.”

The night before, members of Harper Adams staff attended a national dinner of celebration organised by the Prize-awarding body, the Royal Anniversary Trust. The event, held at Guildhall in the City of London, involved all of the 21 prize winning universities and colleges and their guests, together with a large number of other representatives from the private and public sectors. This was a major showcase for the University, which was pleased to be able to welcome, as its guests, senior figures from industry and organisations such as Barclays Bank, the Agriculture and Horticulture Development Board (AHDB), the Elizabeth Creak Charitable Trust and the Royal College of Veterinary Surgeons.

Kit Franklin and Jonathan Gill are two of three researchers running the Hands Free Hectare project at Harper Adams, which achieved a world-first in 2017 when, working with the Yorkshire-based company, Precision Decisions, and other industry sponsors, they successfully cultivated a crop of spring barley remotely using automated machinery, without operators in the driving seats or agronomists on the ground.

Kit Franklin said: “It was amazing to be in the Palace, especially meeting HRH The Prince of Wales and HRH The Princess Royal. They are both passionate about agriculture and the environment which meant that the Harper Adams group had lots to talk about, including our work on the Hands Free Hectare.”

Jonathan Gill added: “In just a few minutes I could see why HRH The Princess Royal is an ideal Chancellor for Harper Adams University. Her up-to-date knowledge on topics such as grass cropping for cattle, the issue of soil compaction and other aspects of the environment were all raised in discussion with our group. The University’s experiments on controlled traffic farming and the Hands Free Hectare also enabled us to talk about the use of agricultural drones and other emerging technologies.”

Dr Misiewicz has played a key role in research into controlled traffic farming – exploring how soil health can be improved by reducing soil compaction, and she was able to discuss her research in this important field.

Mr Chima, in addition to leading the Engineering academic department, has expertise in driverless vehicles, which he is bringing to the university’s work on precision agriculture.

And Professor Blackmore is a global authority on agricultural robots, sharing the benefit of his knowledge and research across the globe, putting Harper Adams firmly on the map in precision farming.

Speaking about the presentation ceremony, student Amy Boothby said: “It was a truly incredible experience which has made me so proud to be part of Harper Adams University.”

Final year student, Dan Markham, added: “The whole day was incredible, and it was an honour for the Royal Anniversary Trust to recognise the work the University has been doing in the field of engineering and precision agriculture.

“I was so impressed by HRH The Princess Royal’s interest in the Hands Free Hectare and other projects at the University, and how knowledgeable she was about wider aspects of agriculture and technology.”

The Queen’s Anniversary Prizes, part of the UK Honours System, are awarded every two years. Harper Adams last won the Prize in 2005 for its novel work on supporting women-owned rural businesses. 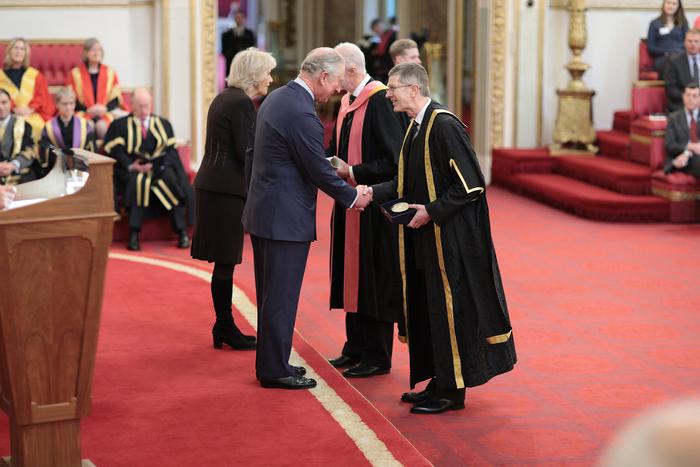 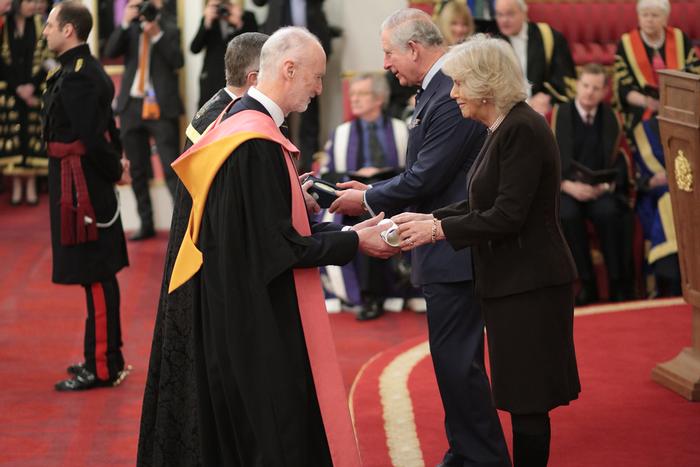 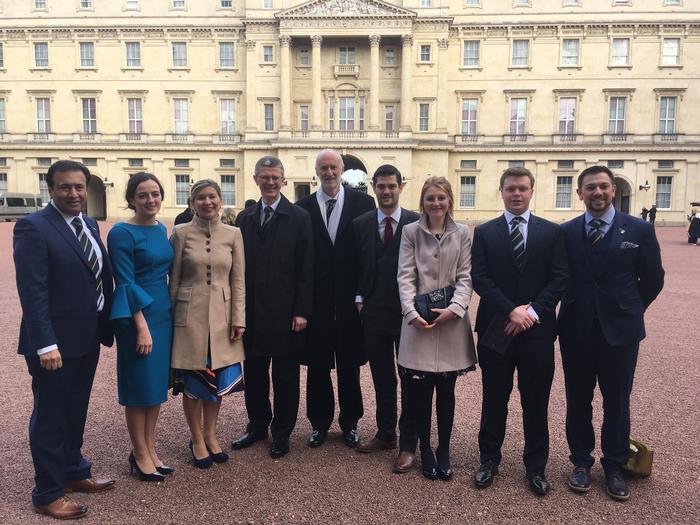 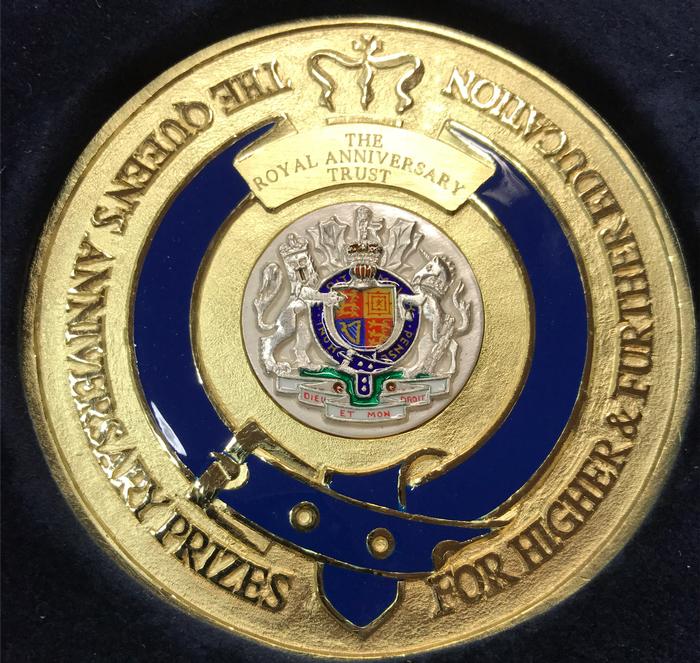