"We were delighted that Sir Mark was able to visit us to meet with our research staff and students." 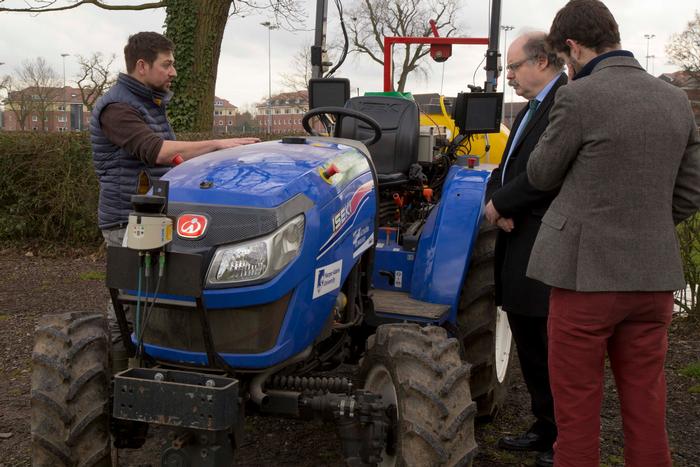 UKRI, which will formally come into being in April, will bring together seven research councils, Innovate UK and the new research and knowledge exchange funding organisation, Research England. Together, UKRI will be responsible for a research budget of more than £6 billion.

UKRI has a key role to play in the delivery of the Government’s Industrial Strategy, which includes a programme on Transforming Food Production. Sir Mark’s visit allowed him to see some of the work of the University that might contribute to that programme and to meet with representatives of the University’s research staff and students.

The visit began with a presentation by Sir Mark on the role and work of UKRI, which was attended by a large University audience. The presentation outlined the structure of UKRI and the various research funding programmes that it will oversee. The connection between academic research and industrial development was a key area of interest highlighted by Sir Mark, and which is evident in the University’s already extensive research activities with Innovate UK.

After a briefing about the University by the Vice-Chancellor, Sir Mark was taken on a tour of the University. The first stop was the Regional Food Academy, where he heard about the University’s research and training activities in sub-Saharan Africa, including the development of new food products of benefit to African farming communities. The next stop was the new Precision Dairy, part of investments at the University funded by the national Agri-Technology Strategy. The dairy, which incorporates a DeLaval robotic parlour and other technologies is due to come into operation in the next few weeks, and will be the base for research on dairy cow behaviour and welfare.

A visit to the Agricultural Engineering Innovation Centre provided a glimpse into some of the technologies under development in partnership with industry, including innovations in agricultural drones. The Hands Free Hectare gave Sir Mark an opportunity to speak to Jonathan Gill and Kit Franklin, the University’s researchers on this world-leading project, who explained the next steps in the development of autonomous vehicles for farming. The Hands Free Hectare team is currently tending a second crop, this time of winter wheat, and research is continuing, with support from the Agriculture and Horticulture Development Board (AHDB) and Innovate UK, to progress aspects of the autonomous operation of farm vehicles not covered in last year’s project.

The Agri-EPI Centre for Innovation, another facility funded by the national Agricultural Technology Strategy was the next stop on the tour. The new building, which began to accommodate researchers in December, will soon be home to a number of new research activities. Sir Mark then saw the Dairy Crest Innovation Centre, which has provided many new areas for collaboration between the University and the company since it came into operation.

The University is engaged in research on biowaste recovery, and elements of this work were discussed with Sir Mark when he visited a new experimental facility and met with members of the research team. Among the research staff was Professor Mike Theodorou, whose work with colleagues at the University of California, Santa Barbara, led to the publication, last year, of a paper in the leading journal, Science.

The last stop on the tour was the Jean Jackson Entomology Laboratory, where Sir Mark was shown a range of research aiming to assist agricultural pest management, including in novel areas of ‘precision entomology’ such as the radio tagging of vine weevils and slugs so that control measures can be more precisely targeted.

Commenting on the visit, the University’s Vice-Chancellor, Dr David Llewellyn said: "We were delighted that Sir Mark was able to visit us to meet with our research staff and students. They valued the chance to hear more about the activities of UKRI and its plans for the future. We believe that we have a critical role in those plans, not only in assisting the delivery of elements of the Industrial Strategy, but also in the challenge of scaling up the use of new technologies in farming practice that will help improve farm productivity and profitability, while delivering the ambitions of the Government for a Green Brexit.” 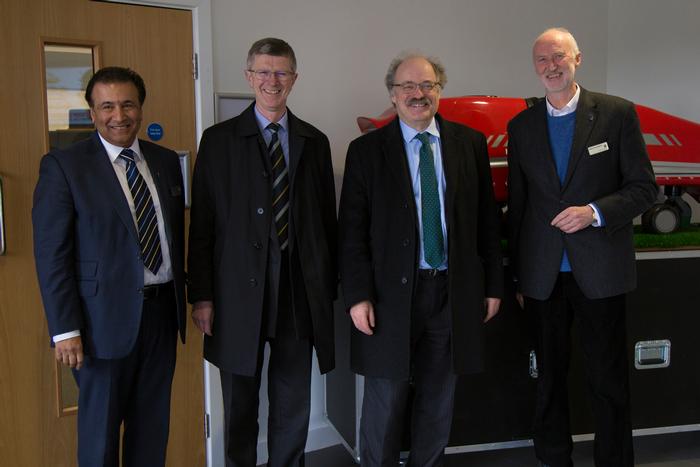 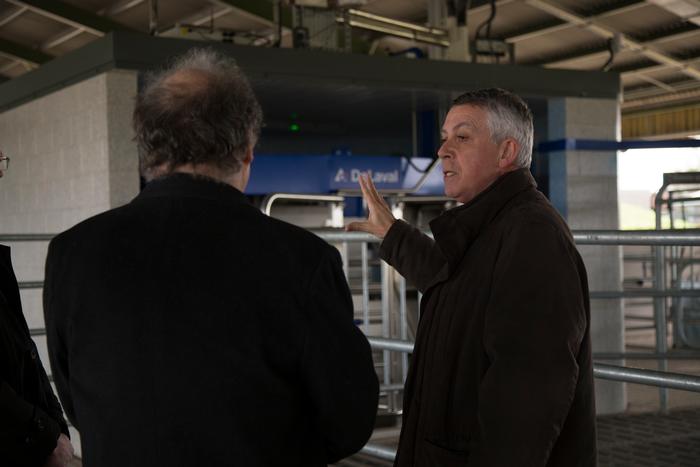 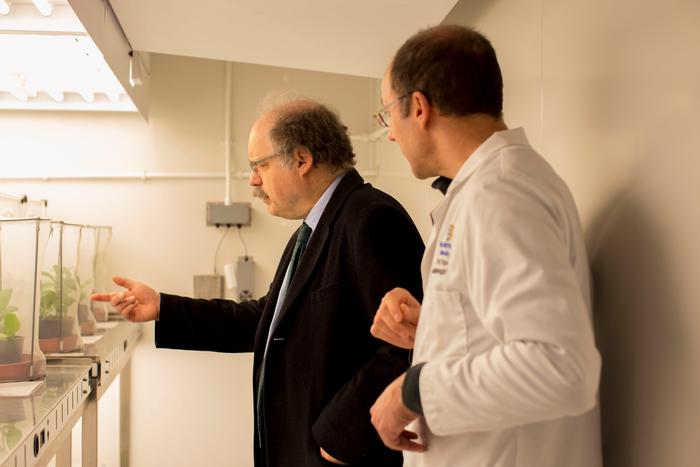