"Farmers are working extremely long, and sometimes unsafe hours, and we predict that with the help of autonomous vehicles the not uncommon 100+ hour-working-week should become a thing of the past.” 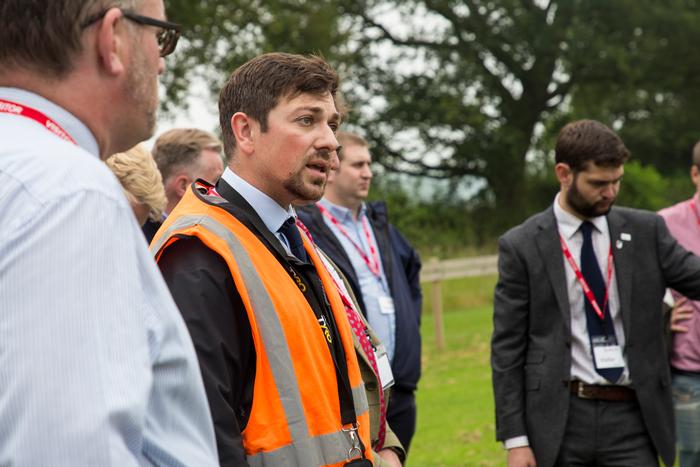 The Hands Free Hectare (HFHa) team has hosted an event to share their learnings from their connected autonomous vehicles (CAV) project to representatives and experts from the agricultural engineering industry.

The event also aimed to open discussions between all of the participants about what a successful good practice guide for the operation of autonomous vehicles in agriculture would include.

“While working on the original project of growing and harvesting a crop, we realised that there would be the need for a system to navigate from the workshop or shed to the field, in possibly larger vehicles than we’d used in the project, and the journey would include travel on roads and a number of other obstacles.

“We secured some Innovate UK funding so we could develop our ISEKI tractor to be intelligent enough to drive itself to the field and to manage obstacles encountered on route.

“We started by looking at what was already available, and found that currently systems for these tasks are in their infancy, so we’re not at a point when we’ll see them being fully integrated.

“We wanted to disseminate our learnings and look at questions today that will have to be answered if robots are to become integrated part of systems; which I believe they will be.”

Clive explained that he envisions a framework would need to be created that would include elements relating to health and safety, industry standards and responsibility.

He also highlighted the risk of tractors requiring two different systems: “The last thing we want is to see two different robotic systems being required in a tractor due to the different safety standards for road and agriculture. We therefore believe that we need to create a good practice guide.”

A demonstration of the ISEKI tractor driving from just outside of the workshop to the HFHa field was then shared with the participants. Senior Agricultural Engineering Lecturer Kit Franklin said: “Previously our tractor had a fail-safe system which was very risk adverse; if it identified an obstacle it would just automatically stop and turn-off. Now, it slows down if an obstacle is four meters ahead and pauses if something is one meter from its wheels. It’s a step-up from where we were, but we’d have liked to have gone further to avoid obstacles.”

Kit also shared some of the findings from an economics report based on the HFHa written by Harper Adams University Professor James Lowenberg-DeBoer, the Elizabeth Creak Chair of Agri-Tech Economics. For the report, it’s assumed that human supervision of robotic labour is required just 10 per cent of the time the machine is in the field.

“The study is the first rigorous economic analysis that supports the hypothesis that swarm robotics will dramatically alter the economic environment in which UK arable farms will operate.

“The model shows that autonomous faming with small-scale equipment, as used in the HFHa, has the potential break-even point at 100 hectares which is equivalent to 500 hectares with contemporary UK systems in wheat production, increasing the viability of small farms.”

Martin Abell, Mechatronics Engineer for Precision Decisions, said: “HGV drivers and other industries which require the use of large vehicles are heavily regulated. While this is not the case in agriculture; and it can be just as dangerous. Farmers are working extremely long, and sometimes unsafe hours, and we predict that with the help of autonomous vehicles the not uncommon 100+ hour-working-week should become a thing of the past.”

In the afternoon, all of the attendees actively participated in open discussions which involved working in three separate groups, and then reuniting to combine all considerations together which have all be noted and shared with the group to use as a starting point for creating the guide.

The group believe that the perception towards robotics needs to be challenged; changing it from seeing it as a threat, to seeing the benefits they bring by taking up the drudgery and tasks that no one else wants to do in society.

They imagine that a code of practice for robotic operations would not have legal standing but would rather provide an industry approach which could inform and support lawmakers in due course. The debate around responsibility was highlighted as an issue that would need to be addressed; if a robot caused damage, who would be held responsible? In addition, it was agreed that the human was being taken out of the field, but not out of control as they would still be kept in the loop regarding the vehicle’s operations via an app.

It’s hoped further discussion and learnings from the Hands Free Farm project will help progress the creation of a code of practice. 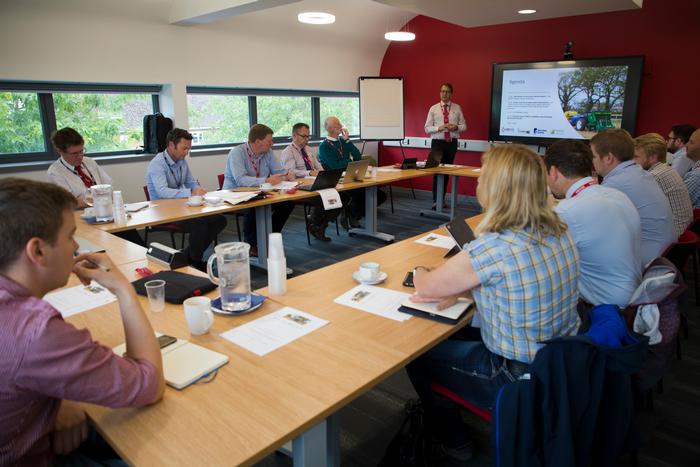 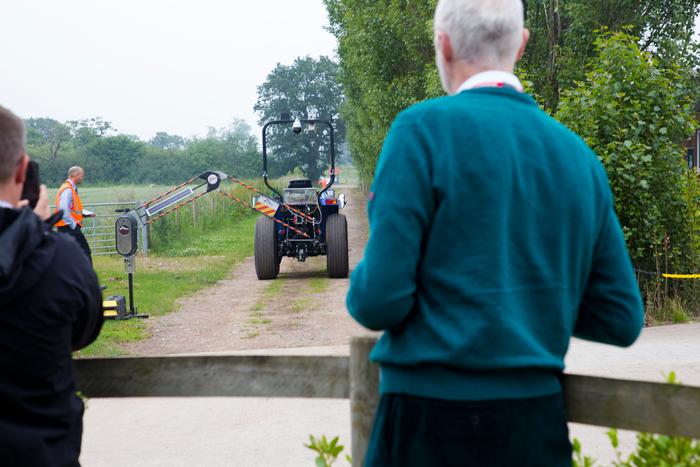 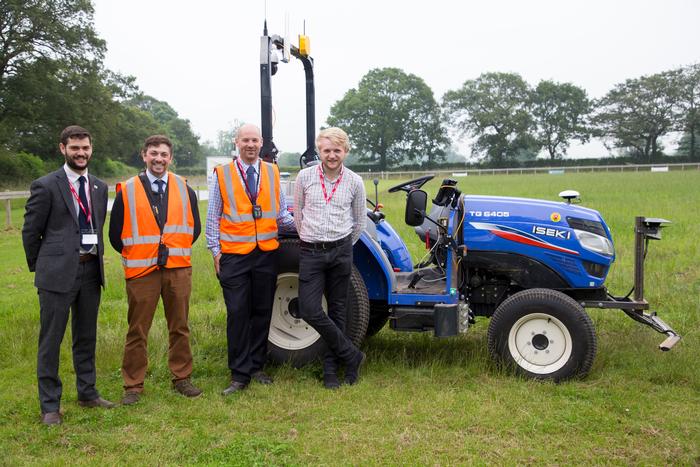