"No modern university has ever finished in the top 30 of our rankings, but Harper Adams has rewritten the record books this year by elbowing its way into our elite top 20" 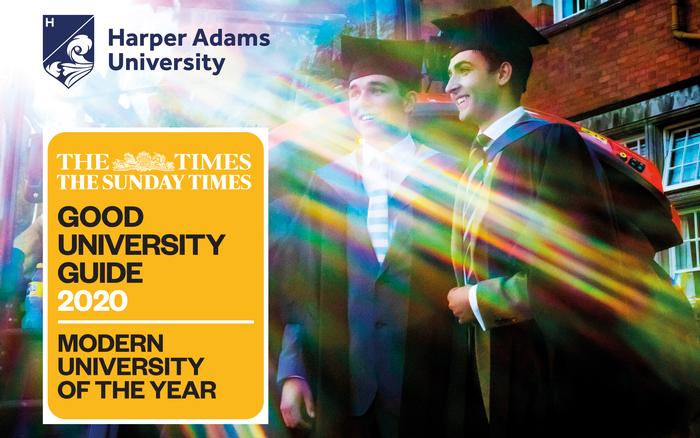 “No modern university has ever finished in the top 30 of our rankings, but Harper Adams has rewritten the record books this year by elbowing its way into our elite top 20,” said Alastair McCall, editor of The Sunday Times Good University Guide, due to be published in full on Sunday, September 22.

“It is pre-eminent in its field and the establishment of only the ninth school of veterinary medicine in the country, which takes its first students next year, will only raise Harper Adams' status higher still, combining its excellence in animal health disciplines with those of Keele University in the sciences.

“Pioneering research such as its Hands Free Hectare, where a crop was grown and harvested without touching a human hand, puts Harper Adams on the map globally and makes it the go-to choice for anyone considering a career based in agriculture or any other of its suite of land-based courses.

Harper Adams has rocketed up the Times university league table, advancing from 33rd last year to 17th overall in the new guide, setting a new record high for a post-1992 institution.
Welcoming the news, Harper Adams University Vice-Chancellor, Dr David Llewellyn, said: “It is amazing to have broken into the top 20 universities and to have been named the Modern University of the Year in this year’s Good University Guide. To have been awarded the University of the Year runner-up title is equally special.

“It has been another remarkable year for us, during which our students have been great ambassadors for Harper Adams. We have continued to develop the specialist subjects that we offer, to support the production of the nation’s food, animal welfare and land and environmental management – issues that really matter to the future of the UK and the many other nations with which we work. And being based on a modern campus in a fantastic rural setting, enables us, in that process, to provide a strong and supportive academic and social community, connected to the industries and professions in our specialist field, that our students truly value.

“We can’t wait to share our performance this year with our students, staff and the many organisations who work with us. All of them have contributed to our success and I am sure they will be delighted with this news!”

The last time Harper Adams was awarded the Modern University of the Year title was in 2016 (in the 2017 guide) when it rose to 36th overall. The University has been the highest, or joint highest ranked Post-1992 University ever since. 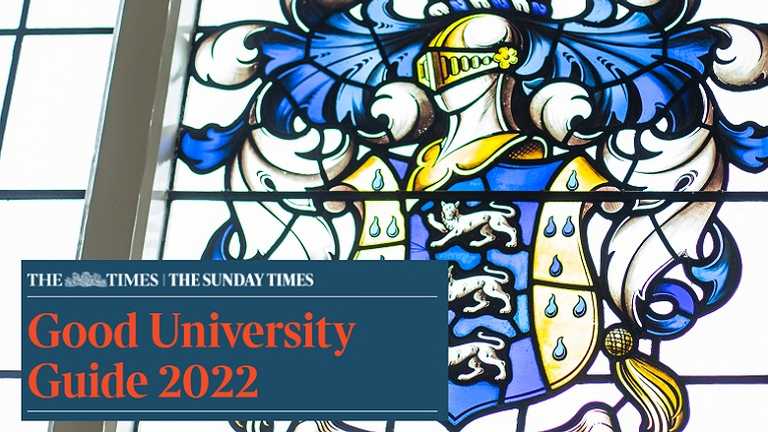