Could drones be used to lead sheep?

"Wojtek started putting food out for his sheep and flying his drone so that they quickly learned that the drone is a signal for food. He’s now at the point that when he flies the drone, the sheep follow it. We think it’s a more ethical approach to moving sheep as you’re using positive reinforcement and not using fear.” 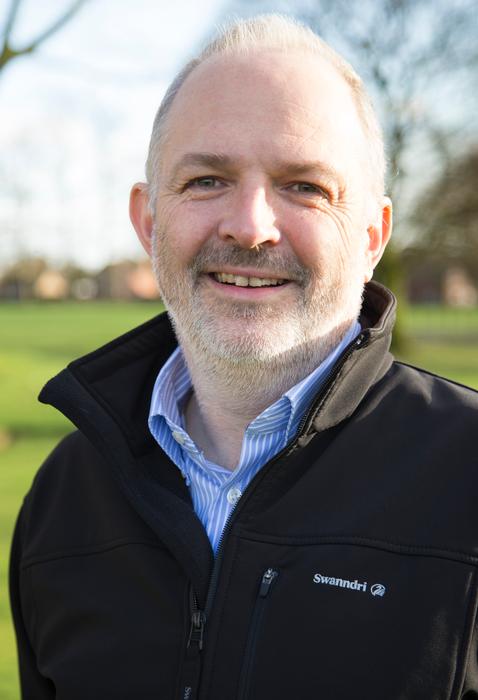 A Harper Adams University alumnus, with assistance from University staff, is looking at the use of drones for sheep herding and is currently seeing positive results.

Wojtek Behnke’s work was featured on BBC’s Inside Out West Midlands last week.

In a novel approach, the local farmer is training his sheep to associate a drone with food and therefore learn to follow it.

Professor of Applied Animal Behaviour Mark Rutter said: “There have already been a lot of videos online of farmers in New Zealand and elsewhere using drones to herd sheep by using them to scare the sheep into moving.

“Some of these drones also make barking noises to encourage the sheep to move.

“But from talking to farmers, we’ve seen that sheep become habituated to drones being used in this way relatively quickly. It might take a bit longer with the system using the sound of a dog barking, but they’ll still likely to get used to it pretty quickly.

“Learning to ignore, or habituate, to things that aren’t a threat it is a very important function in the evolution and development of animals; you can’t be scared of everything as you’ll end up doing nothing. You therefore will quickly learn to filter out what are the genuine threats and what things you can ignore.

“But what can also be learnt are the cues associated with food.

“And this is where we’re trying something different. Wojtek started putting food out for his sheep and flying his drone so that they quickly learned that the drone is a signal for food. He’s now at the point that when he flies the drone, the sheep follow it. We think it’s a more ethical approach to moving sheep as you’re using positive reinforcement and not using fear.”

The hope is that drones will also be used for monitoring sheep. Professor Rutter said: “We think this could be a very cost effective way of monitoring sheep. Relatively expensive pieces of kit, such as activity monitors, have been created for dairy cows, but that’s because dairy cows are higher value livestock. A cheaper solution is needed for sheep and this is where we think the drone could play an important role in the future.

“The drone would need some sort of signal though when it’s leading to food because you’d want the sheep to ignore the drone when it’s flying for monitoring purposes.”

Mechatronics Researcher and UAV Pilot Jonathan Gill said: “There are a number of restrictions that have to be taken into account when using a drone for commercial purposes.

“Firstly, unless you own the land, you need to have a license to fly the drone and you have to have insurance.

“Then you need to have a plan to fly and you’re limited to a set area. New legislation has recently been released in regards to further restrictions around airports.

“At Harper, we have research projects looking at the capability of drones doing physical work for us; for example the safety around sprayer drones and using drones to carry things, such as food.

“In five to 10 years, I see drones flying by themselves and doing the work that an operator like me would do. Drones can already land in boxes, are waterproof, can self-charge and can take off when they want, and so could run fairly independently but it’s regulation from the Civil Aviation Authority (CAA) which is stopping these systems from being used in the UK currently.”

But will drones replace sheepdogs? “No,” says Professor Rutter. “I think we will still be using sheepdogs because there’ll be times when the sheep won’t respond to the positive reinforcement and times when they are in danger and you have to act quickly; for example when someone has left the gate open and the sheep are at risk of running out into the road. It’s just another tool to provide the farmer with more useful information.

“It’s not about putting stock people out of work either. We’re still going to need people to be out farming the land and managing the animals.”