Could vine weevils' poo be used against them to reduce ornamental crop damage?

“While vine weevils definitely like the smell of a healthy plant, they also like the smell of their poo, which is fundamentally digested plant materials. A combination of the two is probably going to be super attractive to a weevil because they think there’s a plant, but also, as other weevils have been eating it, it’s a good, delicious plant." 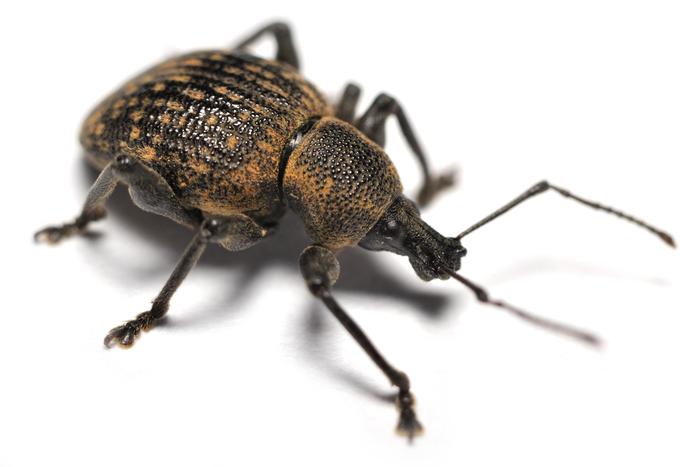 Researchers at Harper Adams University are looking into how to help tackle the problem of damage to ornamental plants by vine weevils; a problem that is costing the industry millions of pounds each year.

The ADAS led project with funding from the AHDB, also involves researchers from University Greenwich and the University of Warwick and is featured in a new paper published in the Journal of Chemical Ecology.

The Harper Adams element of the project aims to provide a more effective detection mechanism for vine weevil presence in a grower’s crop; which is likely to use the smell of the plants they like to eat and potentially the smell of their poo against them.

Dr Tom Pope, Reader in Entomology, said: “Vine weevils are a huge problem in the ornamental plant industry. Due to males not being required for reproduction, just a single adult vine weevil can lead to infestation.

“The value of the UK Hardy Nursery Stock (HNS) industry is estimated to be worth approximately £800 million per year. Crop damage and crop rejections, due to the presence of vine weevil larvae, can be as high as 100 per cent. Even using extremely conservative estimates, the monetary value being lost each year due to crop rejections as a result of vine weevil damage could be approximately £24 million per year to the industry.

“Two key problems for growers are that the adult vine weevil is nocturnal and so eat the plants by night and the larvae live in the compost around the roots of the plants so you also don’t see them. Often, the first time the grower is aware they have vine weevils is when it’s too late and they already have a serious problem.

“The levels of acceptance of damage is really low; so even a single vine weevil larva around the roots of a plant could mean that the whole consignment is rejected as they can’t be sent to a garden centre.

“Growers are therefore very sensitive to the problem, but they have few available insecticides and so control is based on use of vine weevil natural enemies. The whole project is looking at finding a proven way to check if there’s a problem early and treat it.

“Here at Harper Adams, we’re developing a monitoring system. It’ll be a trap that growers can check to determine the presence of the adult weevils, instead of having to look through the whole crop.”

Dr Pope added: “After being active through the night, the vine weevils want to find a refuge at dawn; somewhere safe to go and hide. We’re trying to provide them with that safe refuge. It then provides the grower with a place they can go look in to check if they have vine weevils in their crop.

“The trap is basically a dark sheltered space. In addition, if it smells good, it’ll work better.

“We’re looking at different trap designs and different attractants to put inside or near the trap.”

“We’ve been working with the University Greenwich to see just what the vine weevils are smelling.

“We’ve got a good idea of some of the candidate compounds and we’re currently working through which ones of those are most important.

“While vine weevils definitely like the smell of a healthy plant, they also like the smell of their poo, which is fundamentally digested plant materials. A combination of the two is probably going to be super attractive to a weevil because they think there’s a plant, but also, as other weevils have been eating it, it’s a good, delicious plant. It’s not how we’d think about things, but that’s how a weevil approaches it.”

A range of traps, from across the globe are being used by the team. Working with commercial partners they are even designing their own and then having them created on a 3D printer, allowing testing within a day.

The four-year-project has one more year until conclusion. 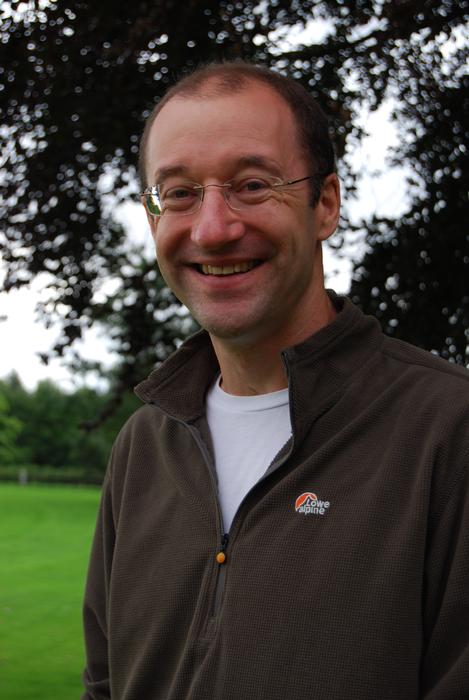